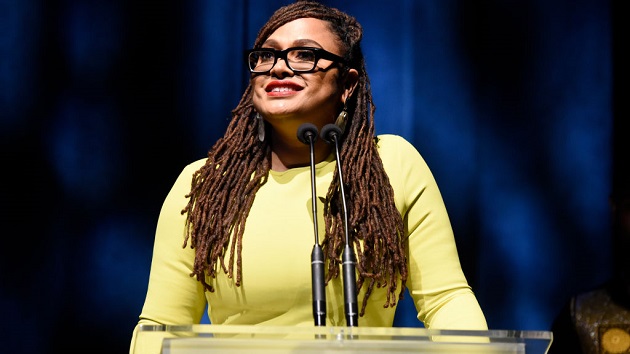 Vivien Killilea/Getty Images for SAG-AFTRA Foundation(LOS ANGELES) — For the fifth year in a row, the Golden Globes are only considering men in the category for Best Director.  Immediately after the Monday discovery, the internet began fiercely debating if female directors such as Little Women’s Greta Gerwig and A Beautiful Day in the Neighborhood’s Lorene Scafaria were snubbed.

One company, however, is certainly benefiting from the controversy. Funko recently announced new line of Funko POP! figurines that celebrates directors.  However, it’s who the company first chose to honor with the Funko treatment to is what’s generating the buzz: Wonder Woman’s Patty Jenkins and When They See Us’ Ava DuVernay.

Obviously, the timing of the announcement had fans comparing Funko to this year’s Golden Globes.

In an official Twitter announcement on December 7, Funko unveiled Jenkins as the first figurine starting off their new Pop! Directors line. The company hailed her as “one of the highest-grossing female film directors of all time” on their blog.

“This is so awesome and flattering,” Jenkins reacted happily on Twitter.  “Can’t wait!!”

Then, just hours after the Golden Globes announced its list of nominees on Monday, Funko revealed DuVernay as the second director featured in their new line.  On the company blog, they praised her as an “Oscar-nominated and Emmy winning filmmaker who became the first black woman to have a film nominated for Best Picture at the Academy Awards.”

Duvernay was quick to thank Funko for the recognition and sweetly responded, “Never would have imagined this. Thanks for the love.”

A release date for the new figurines has yet to be announced, but Funko promises they are “coming soon!”