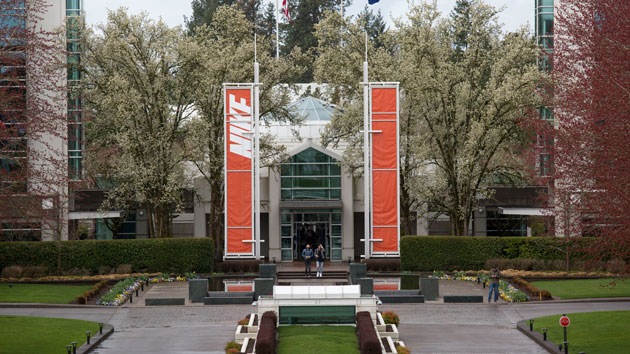 Natalie Behring/Getty Images(BEAVERTON, Ore.) — Almost 400 Nike employees at the company’s Oregon headquarters marched in droves to raise awareness of how women staffers can be treated better.The staff-run walkout at the sportswear company comes approximately a month after running star Mary Cain spoke out about her experiences and alleged mistreatment as a female Nike athlete in the company’s Oregon Project for elite runners that was led by embattled running coach Alberto Salazar.”I joined Nike because I wanted to be the best female athlete ever,” Cain, now 23, said in an op-ed published in The New York Times in November 2019. “Instead I was emotionally and physically abused by a system designed by Alberto [Salazar] and endorsed by Nike.”Cain told ABC News’ “Good Morning America” that many people at the time “thought that I was living the dream, and in certain ways I thought I would be.””But nobody cared about me as a person,” she added. “I was a product and I didn’t know how to cope.”The march — in which even Nike senior leadership participated on Monday — was held in front of a building named after Salazar, the company confirmed to ABC News on Tuesday.At least 400 employees participated in the walkout, some carrying signs that read “Nike is a woman,” or “Do the right thing,” according to The Willamette Weekly, a local Oregon news organization that first reported the story.Some signs from the event read: “We believe Mary.””We respect and welcome employee feedback on matters that are important to them,” a Nike spokesperson told ABC News Tuesday.In September, Salazar also received a four-year ban by the United States Anti-Doping Agency for doping violations. Shortly after, Nike announced it would shut down the Oregon Project.Salazar has denied many of Cain’s claims, and Nike said it was launching an investigation into the allegations.Cain did not immediately respond to ABC News’ request for comment Tuesday, but tweeted her thanks Monday to those which participated in the event.

My love and thanks to all those that came together at the Nike Walk the Talk event this morning. Company cultures can only change when people stand together. Let’s be that voice of change and show we demand better support for women. Thank you for standing with me. ? pic.twitter.com/E0cfzzBtNl

“My love and thanks to all those that came together at the Nike Walk the Talk event this morning. Company cultures can only change when people stand together,” she wrote. “Let’s be that voice of change and show we demand better support for women. Thank you for standing with me.”In a follow-up tweet Monday, Cain added that if Nike “genuinely wants change, they must allow a third party to run their investigation. Let their employees and community talk freely.”Copyright © 2019, ABC Audio. All rights reserved.