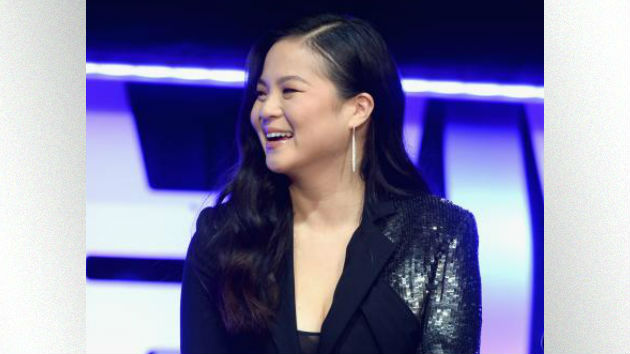 The trailer’s a nostalgic look back at the impact of George Lucas’ galaxy far far away, which started a long time ago, in 1977.

Kelly Marie Tran, who starred as plucky Resistance member Rose Tico in the previous installment, The Last Jedi, and will appear again in the final film, felt those feels, too.

“So emotional,” she tells ABC Audio. “…[S]eeing it all together, it really does hit you with all that John Williams [musical] swell, you know?”

Unfortunately, Tran felt the brunt of criticism from many fans who were unhappy with the choices made by Last Jedi writer-director Rian Johnson; everything from her character’s arguably unflattering wig and wardrobe to Rose’s “side mission” to a casino planet were dragged online. Tran eventually left social media because of it.

However, in August, Train received a standing ovation at the Star Wars Celebration expo in Anaheim, which moved her to tears.

“It was really overwhelming surprise. First of all, because I did not expect that. And then to sort of receive that was really, really beautiful. So it felt like I was being hugged in a way,” she says with a laugh.

Tran adds, “What was so funny about that is I was like, ‘Oh, my gosh, I’m crying.’ I was like, ‘But no one can tell. So I’ll just avoid it and pretend like it’s not happening.’ And it was so dumb. It was obvious,” she laughs.

Train says she feels “really fortunate to be part of something that people just love so much.”