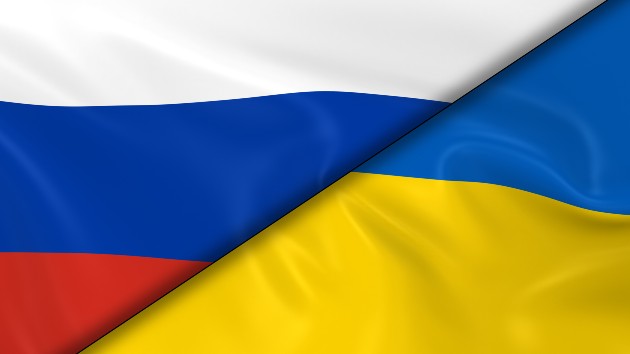 Fredex8/iStock(PARIS) — Russia and Ukraine agreed on Monday to several steps for improving the situation around the war in eastern Ukraine at a major peace summit in Paris, but did not make any major breakthroughs for ending the conflict.The summit was held in the so-called “Normandy Format,” with French President Emmanuel Macron and German Chancellor Angela Merkel mediating between Russian President Vladimir Putin and Ukrainian President Volodymyr Zelenskiy. It was the first time high-level talks have been held between Russia and Ukraine about ending the war in almost three years, raising hopes that the summit could signal a willingness to move to a new phase in the war that has killed over 13,000 people and displaced more than two million since 2014, according to the United Nations.After almost eight hours of negotiations at the Elysee Palace, the four leaders issued a communique laying out new commitments, including a full ceasefire and an exchange of all prisoners held by both sides by the end of the year. They also pledged to withdraw troops and heavy weapons from three new areas along the front line and open new crossing points for civilians.Macron, who had overseen organizing the summit, announced there would be a second meeting in the Normandy Format in four months. Speaking at a press conference following the talks, Merkel said the next task will be to establish the security and political conditions for local elections to happen in the territories held by rebels. Zelenskiy agreed that he thought “within four months we will be able to continue the discussion and therefore the results.”The four heads of state commended each other for attending the meeting, saying it was a positive sign.Macron said afterward that “no miraculous solution” had been found, “but we made it possible to go forward.”But in regard to the disagreement at the center of the peace talks, it was clear the two sides were still at loggerheads. Large-scale fighting ended in eastern Ukraine in early 2015 after Ukraine and Russia agreed to the so-called Minsk 2 agreement. Under the agreement, which was negotiated when Ukraine was in a far weaker position, Ukraine will regain some control over the separatist territories after local elections are held there. The two sides though disagree on the sequencing of that plan. Ukraine insists it needs to first regain control of its border with Russia before the elections be held and wants Russian troops and their proxy forces to withdraw. Moscow insists on the reverse, saying the vote should happen first and then Ukraine will retake control.Kyiv fears that if the election happens before regaining control of its border Russia will be able to dictate the vote, producing a puppet region that Ukraine will then have to reintegrate. That would result in Russia effectively having a permanent lever inside Ukraine with which to block it from joining NATO or the European Union.In Paris, Putin and Zelenskiy admitted they still disagreed on the issue, despite an expression of support in the communique for incorporating the so-called “Steinmeier Formula” into Ukrainian law. The formula holds that Ukraine should hold elections first and a day after it will receive control of its border. But Zelenskiy has already made clear he is unwilling to hold the vote while Russian troops remain in Donbass and wants to discuss the issue.Putin reiterated that he did not consider it up for negotiation, repeating that Russia believes the Minsk agreements must simply be completed in full.

“If we start to unpick one, then the rewriting of all the others will start and … we all create a situation in which we basically can’t do anything,” Putin said at the press conference.Both leaders nonetheless were eager to paint the meeting as productive and repeatedly said they believed it was a step forward.Zelenskiy called it a “big step toward peace.”“Has there been some kind of warming, I think yes,” Putin said.The summit was largely the result of a push by Zelenskiy, who was elected in a landslide in April in part on a pledge to end the war. Since then he has eagerly sought a meeting with Putin, making several concessions before the summit to obtain it.At home he faced a strong backlash from those who fear he will sell Ukraine out to Moscow. On Sunday, 7,000 gathered in Kyiv ahead of the summit to criticize Zelenskiy’s concessions, including his signing of the Steinmeier Formula.The summit was viewed as a major test for the new Ukrainian president, who was a comedian who played the president on TV before he was elected. In Paris he was facing Putin, one of the most experienced politicians in the world, negotiating from a position of strength.The contrast in styles was marked in the arrival of the two leaders — Zelenskiy entered the Elysee courtyard in a Renault sedan, while Putin drove up in a behemoth armored Russian-made limousine. The two held bilateral talks for an hour and a half, before again meeting with Merkel and Macron and having a working dinner.If the ceasefire holds and the prisoner exchange goes ahead, they will be significant achievements. All previous ceasefires have collapsed quickly with continued shelling. In 2019, five to 15 people were killed along the front line every month and Donbass is one of the most heavily mined areas in the world.An agreement on the prisoner exchange had been expected before the summit. A major trade in the summer saw the two countries trade 35 captives from each side, including several very high profile figures. The new exchange would be far larger, based on the principle of “all-for-all.” In theory that could mean hundreds, though the communique did not set a number.”What counts for me is human life,” Zelenskiy said. “We agreed on before the end of the year … so that they can spend the end-of-year holidays with their families and with their children, with their close ones.”The renewed push has been supported strongly by Macron, who is eager for a diplomatic victory, and has spoken of the need to reconcile with Russia. Copyright © 2019, ABC Audio. All rights reserved.