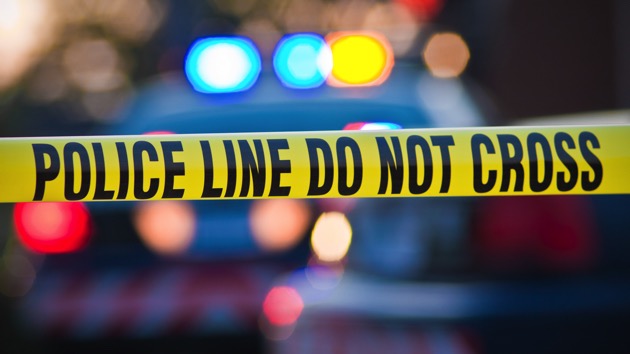 carlballou/iStock(PHILADELPHIA) — The Philadelphia District Attorney’s Office dropped charges against a high school football player who had been accused of murdering his twin brother.Fayaadh Gillard, 18, was cleared of murder charges in connection with the death of his twin, Suhail Gillard, who was fatally shot in the chest as their father, Aleem Gillard, was teaching them how to load and unload a gun last week, according to the teen’s attorney.”There are times when a win does not feel like a win because there is no amount of winning that will balance out the loss that this family has seen over the past couple of weeks,” attorney Shaka Johnson, who is representing Fayaadh, told ABC News on Wednesday. “It won’t undo the tragedy or the psychological and emotional harm, but it is a step in a step toward healing.””This young man has lost his innocence in a way that he can never recover. He will require therapy for years to come,” he added.Family members had argued for the charges to be cleared because they were allegedly based on a false narrative concocted by the father, who allegedly told the twins and their 16-year-old sister to lie about the circumstances in an effort to protect himself from potential prosecution.Aleem Gillard, 42, demonstrated how to load and unload the gun and told Fayaadh to do the same thing when it accidentally went off, striking his brother, according to the siblings. They were instructed to walk the wounded teen down several flights of stairs to the building’s lobby before calling for help, they said.Officers responded to a call about a shooting last Sunday around 5:30 p.m. and found Suhail suffering from a gunshot wound to the chest, according to the Philadelphia Police Department. He was transported to Lankenau Medical Center by police and pronounced dead hours later.Fayaadh initially told police that his brother had been shot by an unknown assailant, but he admitted to pulling the trigger when officers told him that Suhail died during surgery. His father, who is a convicted felon, allegedly told him to say Suhail had been shot in the lobby and not inside his apartment, according to the family.Aleem Gillard is currently on probation and is prohibited from possessing firearms. He declined to comment when contacted by ABC News.Aleem Gillard has a lengthy criminal record and has pleaded guilty to charges of assault, reckless endangerment, illegal gun possession, criminal conspiracy, and other crimes dating back to the 1990s, court records show.He is also paralyzed from the waist down due to gun violence.Johnson said investigators showed him video from the slain teen’s Instagram story, showing his father dancing in his wheelchair with one of his two pistols in his hand.He said he wouldn’t be surprised if the District Attorney’s Office decided to charge Aleem Gillard.”If you set into motion a series of events that are reckless and likely to cause death, that’s enough to charge a person with murder,” Johnson said. “I’ve spoken with the DA’s office and I wouldn’t be surprised if they charged him with third degree murder, and they’ll probably hold him without bail.” Copyright © 2019, ABC Audio. All rights reserved.