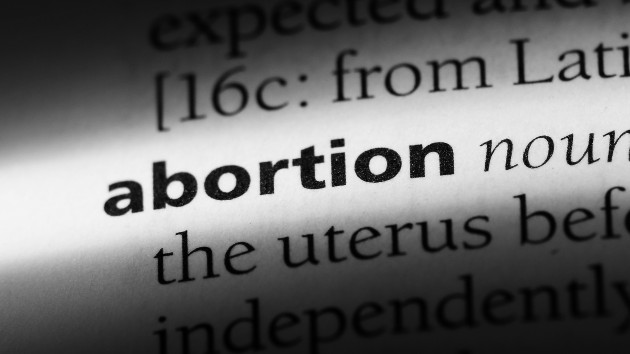 Casimiro/iStock(NEW YORK) — The majority of women who seek abortions each year do so at independent abortion clinics, which are closing at a precarious rate, according to a new report.The number of independent clinics fell 32% in recent years, from 510 clinics in 2012 to only 344 as of November, according to a report published Wednesday by the Abortion Care Network, a national association for independent abortion providers. The group gathers annual data from every abortion clinic in the United States that publicly discloses providing abortion care.As it stands, 58% of women receive abortion care at independent clinics, compared to 37% percent who access care at Planned Parenthood and only 1% who go to a physician’s office for an abortion.For women in some areas of the country, those closures represent severe limitations to their ability to access health services. In six states, there’s only one remaining abortion clinic in operation.That’s a significant problem for patients who don’t live close to a clinic and who have to drive long distances for care. In states like Indiana, where abortion restrictions require visiting the facility twice before an abortion can actually be performed, it’s not unheard of for patients to miss their second appointment, when the abortion procedure is actually performed, according to abortion providers.It’s a major barrier, and one that ultimately changes the course of women’s lives, some of whom end up giving birth to babies they didn’t intend to have, abortion providers say.”This is a time of nearly unprecedented attacks on abortion access, targeting clinics like us,” said Amanda Kifferly, vice president for abortion access at The Women’s Centers. The group’s Connecticut clinic stands as the only independent abortion provider left in the state.States battled over abortion throughout 2019This year saw a tug-of-war over abortion rights at the state level.While states like Rhode Island strengthened their abortion protections by codifying Roe v. Wade, and cities like New York City and Austin, Texas allocated abortion access funds in their respective jurisdictions, other states rolled abortion protections back.More than 250 abortion restrictions were introduced during the 2018-2019 legislative session, and during the first half of the year, 58 of those restrictions were enacted in 19 states.Kentucky, Nebraska, North Dakota and Oklahoma took especially drastic action by passing medication abortion “reversal” laws, which would require providers tell patients they can reverse their medication abortions, a concept doctors and scientists have stressed is not backed by science.In fact, when researchers from California tried to study the controversial practice, they had to end the study early after they decided it was too dangerous to continue. Several of the women in the discontinued study had severe enough vaginal bleeding that they had to be transported to the hospital in ambulances.For Elizabeth Nash, senior state issues manager at the Guttmacher Institute, the new report highlights how critical it is to ensure women have affordable abortion access.”For the past nine years, there has been a concerted legal strategy by anti-abortion politicians in the South, the Plains and the Midwest to limit access to abortion and close abortion clinics,” she said. “The report underscores just how difficult it is to protect abortion services.”Copyright © 2019, ABC Audio. All rights reserved.

Only about half of US adults are meeting physical activity guidelines: CDC