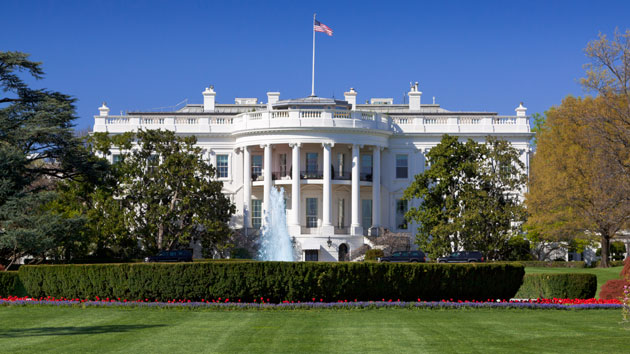 iStock(WASHINGTON) — The House passed a key defense bill on Wednesday that includes the establishment of the Space Force, 12 weeks of paid parental leave for civil servant and reforms for privatized military housing.The agreement on the contents of the bill have been hailed as a moment of bipartisanship amid the contentious impeachment debate currently embroiling Capitol Hill.The National Defense Authorization Act (NDAA) for Fiscal Year 2020 passed in a 377-48 vote in the House, setting it up for a vote in the Senate before the bill moves to the president’s desk for signature. However, a separate spending bill will be required to fund the policy items listed in the NDAA.President Donald Trump touted the bill as a success on Wednesday ahead of the House vote, tweeting that he would sign it “immediately.”Here are some of the items included in this year’s NDAA:Space ForceThe NDAA will establish the U.S. Space Force as the sixth armed service, joining the Army, Navy, Air Force, Marine Corps and Coast Guard. It will be housed under the Air Force in a similar manner as to how the Marine Corps is a part of the Navy.A congressional logjam on the bill was removed late last week after Democrats secured an agreement for paid leave in return for support for the creation of Space Force, a key initiative of the Trump administration.Paid parental leaveThe defense bill will provide 12 weeks of paid parental leave for all federal civilian employees in the event of birth or adoption of a child.“Including paid family leave is a victory for all workers because it will help push more employers in the right direction and ensure more workers get paid family leave,” said Sen. Jack Reed, D-R.I., in a statement on Monday. “Expanding access to paid family leave helps the health and economic well-being of individuals who have it and strengthens the ability of employers to retain their workers.”Military housing reformsThe NDAA implements reforms to privatized military housing, the most substantial overhaul to the system since it was created in 1996.”These reforms address the considerable gaps in oversight and accountability seen at all levels of housing management from ineffective housing offices, to substandard property management, to under-engaged military leadership,” a summary of the NDAA conference agreement said.The state of privatized military housing was thrust into the spotlight following news reports that revealed issues with mold, lead paint and vermin at military installations across the country.The NDAA also requires that the services establish a Tenant Bill of Rights.More military aid to UkrianeThe NDAA increased security assistance funding to Ukraine to $300 million to include lethal defense weapons.The $250 million in aid authorized last year became the center of the impeachment proceedings against the president after it was revealed that the White House had blocked the flow of aid in order to pressure the Ukrainian government into opening a probe into former Vice President Joe Biden, a 2020 presidential candidate, and his son Hunter.

What else is included in the NDAA?The NDAA includes $5.3 billion in emergency disaster recovery funding to help military installations affected by extreme weather and natural disasters, the re-authorization of the Afghan Special Immigrant Visa program and a prohibition on the use of firefighting foam containing per- and polyfluoroalkyl substances (PFAS) after October 2024.It also has legislation named after Otto Warmbier, the American college student who died after being held in North Korean custody, that expands mandatory sanctions on foreign banks and companies facilitating illicit transactions with Pyongyang. Warmbier’s family had actively lobbied for the legislation.What’s not in the NDAA?The NDAA did not include an amendment that would have ended the Trump administration’s ban on transgender service members. The amendment, which was approved by the House in a 242 to 187 vote, also would have codified non-discrimination in the armed forces.The bill also excludes two key foreign policy provisions that the House had passed to push back against the president’s fierce defense of Saudi Arabia.Trump has repeatedly insisted on U.S. support for the Saudi and United Arab Emirates coalition’s fight against Houthi rebels in Yemen — vetoing both a series of resolutions to block arms sales to the two countries and a historic War Powers resolution to withdraw U.S. military support for the coalition.In the face of those vetoes, the House passed a measure to block futures arms sales to the coalition. But during negotiations on the final text, it was stripped from the NDAA, prompting some progressive lawmakers to call for the bill to be vetoed, including Sen. Bernie Sanders, I-Vt., and Rep. Ro Khanna, D-Calif.The final legislation also waters down a measure passed overwhelmingly by the House in a 405 to 7 vote to require the Director of National Intelligence to issue a report on which Saudi officials are responsible for the murder of Washington Post columnist Jamal Khashoggi and issue sanctions.The U.S. intelligence community has assessed that likely includes Saudi Crown Prince Mohammed bin Salman, or MBS — something the Trump administration has so far denied.Instead, the bill will only require the Office of the Director of National Intelligence to issue a report, leaving it in the administration’s hands to take action afterwards. This is something they have refused to do thus far, beyond adopting the Saudi narrative of a rogue operation and punishing nearly all the same officials that the Saudis have.”Congress clearly bent to the will of the White House in dropping NDAA provisions that would have sanctioned Khashoggi’s murderers and limited support to Saudi Arabia’s air war in Yemen,” said Rob Berschinski, senior vice president of Human Rights First. “After talking a strong game, Congress essentially allowed MBS a free pass. The reason, it seems, is that Congressional Republicans ultimately don’t want to run afoul of Trump, and Trump supports MBS categorically.” Copyright © 2019, ABC Audio. All rights reserved.