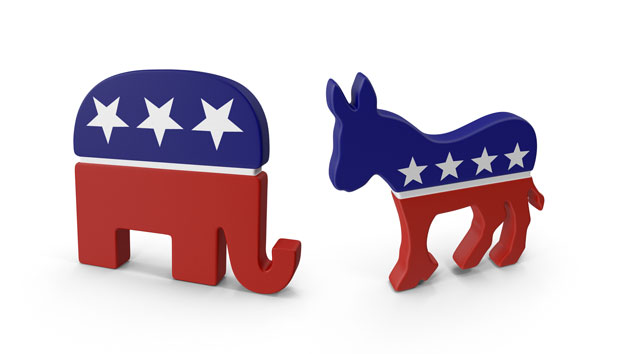 iStock(WASHINGTON) — There’s a growing consensus among Senate Republicans that President Donald Trump’s all-but-certain impeachment trial should be shorter rather than longer, lasting roughly 10 days to two weeks, with no witnesses called by either side.One senior GOP senator told reporters that Majority Leader Mitch McConnell favors a shorter trial with a vote on impeachment articles soon after arguments are made by both sides.Indeed, McConnell telegraphed as much on Tuesday, telling reporters, “Here is what I would anticipate: The House managers would come over, make their arguments. The president’s lawyers would then respond, and at that point, the Senate has two choices: It could go down the path of calling witnesses and basically having another trial, or it could decide – and again 51 members could make that decision – that they have heard enough and believe they know what would happen and could move to vote.””I think the prospect of calling witnesses, in my view, seems unlikely,” said Sen. Kevin Cramer, R-N.D., a Trump ally, adding, “As much as some people might like to complete the incomplete record, the premise of the whole impeachment process is so warped that completing a bad record doesn’t make a whole lot of sense to me. So my guess is that it will be as efficient as we can make it while not short-circuiting the process.”Sen. John Cornyn, R-Texas, the No. 2 Republican, has expressed even greater concern about the possible consequences of calling witnesses.”That really concerns me. It has the potential to be a real circus. I think you could have depositions like you had during Clinton,” Cornyn said, referring to the videotaped depositions — conducted away from Capitol Hill — used in President Bill Clinton’s impeachment trial.“I would think the consensus would be – let the House make their case, let the president make their case, and then put forward a motion to vote,” Sen. Ron Johnson, R-Wisc., said, adding that witnesses were not needed, a position that appears to be at odds with one pushed more recently by the White House.“I think people are starting to realize that could be a pretty messy and unproductive process,” Johnson said. “That’s kind of generally where people are headed.”More senators are now voicing concerns that if Republicans called witnesses President Trump might want, like the whistleblower or Hunter Biden, then the door is also open for Democrats to call witnesses that could hurt Trump’s case, such as acting White House Chief of Staff Mick Mulvaney and former National Security Adviser John Bolton.“Witnesses cut both ways. We wouldn’t be the only ones to call witnesses,” the senior GOP senator warned, specifically pointing to Mulvaney as an example, adding, “We don’t know that (witnesses) would shed any additional light. We kind of know what the Hunter Biden situation is … So, what’s the point?”The senator, who asked not to be named in order to discuss strategy more candidly, said he thought there was really only one impeachment article to focus on: the charge alleging that the president abused his power under the Constitution by asking that a foreign government aid him politically – and that that is more an issue for the courts, rather than one to be argued in the Senate, particularly with witnesses.“If you start opening up witnesses, you open it up to all witnesses. So, I think, the president has to really decide to what extent does he want to go down that road, verses making strong case,” Sen. Johnson said in a separate interview, adding that he’s “not sure a Senate trial is even the best way to do that.”Johnson, together with his GOP colleagues, Lindsey Graham, chairman of the Senate Judiciary Committee, and Chuck Grassley of Iowa, are separately pursuing investigations into the origins of the 2016 Trump campaign probe. Johnson and Graham say they think that is a far more productive avenue to explore.“I don’t want to prolong this trial any longer than necessary, there are ways to do oversight outside of impeachment,” Graham said. “I think the trial needs to end as quickly as possible, I think impeachment is hurting the country and I have no desire to make it a long trial. So I’m looking for 51 people to join me and say we’ve heard enough, we’re ready to vote.”Still, a small handful of GOP senators are holding onto the idea of full-blown trial.Sen. John Kennedy, R-La., asked if he supports the idea of calling live witnesses, said, “Within reason, I support giving both the prosecution and the defense relatively unfettered discretion to present their cases.””I want to see due process. I think the American people expect us to do what the House didn’t do. The judicial philosophy in the House was ‘guilty’. Speaker Pelosi gave the president a fair and impartial firing squad,” Kennedy said. “We’re not going to do that in the Senate. We’re going to afford both sides due process.”Ahead of the expected full House impeachment votes next week, the Senate has ramped up talk of what a trial would look like.Senate Republicans were joined at their weekly lunch Wednesday by Rep. Jim Jordan, R-Ohio, a staunch Trump ally, and House Intelligence Committee GOP staff counsel Steve Castor, who both have figured prominently in both the Intelligence and Judiciary Committee proceedings to date. A handful of senators asked questions, but one senator said they really learned nothing new.“Did you watch congressman Jordan at all during the hearings? Same thing. He was just as animated in there,” said GOP Sen. Mike Braun of Indiana, who said Rep. Devin Nunes, R-Calif., the top Republican on the House Intelligence Committee, was also supposed to join but was held up.Senators said Jordan laid out, in his trademark passionate way, the key points of the case, as seen by Republicans.Copyright © 2019, ABC Audio. All rights reserved.

‘Boyfriend loophole’ addressed in Senate gun deal: What to know