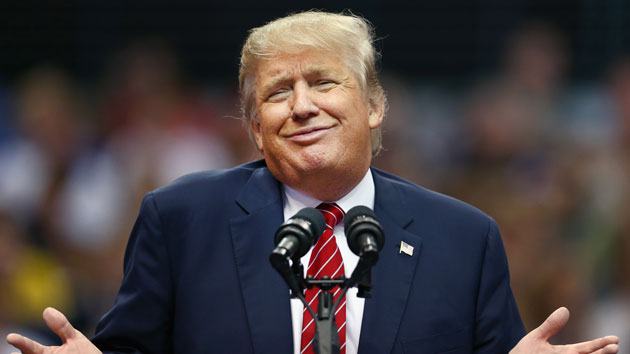 Tom Pennington/Getty Images(HERSHEY, Pa.) — As the House Judiciary Committee Wednesday sets the stage for a full House vote on two articles of impeachment, President Donald Trump is mocking the Democrats’ effort to remove him from office as “impeachment-lite.”“This is the lightest, weakest impeachment — you know, our country has had, actually, many impeachments,” Trump told a rally in Hershey, Pennsylvania, Tuesday night. “Everybody said this is impeachment-lite. This is the lightest impeachment in the history of our country by far. It’s not even like an impeachment.”Trump pointed out “bribery” and “crimes” aren’t specifically alleged in the articles, trying to minimize the seriousness of the Democrats’ effort.”People are saying they’re not even doing a crime. What happened? All of these horrible things. Remember? Bribery and this and that — where are they? Trump said. “They said these two things, they’re not even a crime,” he said.He called them “these two flimsy, pathetic, ridiculous articles of impeachment. The House Democrats are walking back from everything they claimed with today’s announcement. They are now admitting there was no collusion. There was no obstruction of justice. And there were no crimes whatsoever. There are no crimes. It says it. There are no crimes. They are impeaching me and there are no crimes,” he said.The two articles of impeachment announced Tuesday charge the president with abuse of power and obstruction of justice. The House Judiciary Committee move represents a historic moment as only the fourth time the House has introduced and considered articles of impeachment against a sitting president.The Democratic-controlled House is expected to vote to pass the articles before leaving for the holiday recess, which would make Trump the third president in American history to be impeached.On Tuesday, Democrats argued the that the president “solicited interference of a foreign government, Ukraine,” to “influence the 2020 United States presidential election to his advantage” and then obstructed Congress from its rightful duty to pursue an impeachment inquiry with “the unprecedented, categorical, and indiscriminate defiance” of subpoenas and request for testimony.The president blasted the two charges as nothing more than a political attempt to regain the White House in 2020.”This has to be a first in history. They are impeaching me. You know why? Because they want to win an election and that’s the only way they can do it,” he said.While the president and his allies argue Democrats are trying to unseat the president now because they are not confident they can beat him at the ballot box in next November’s election, Democrats maintain that the real threat to the next election would be if they did nothing.“If we did not hold him accountable, he would continue to undermine our election. Nothing less is at stake than the central point of our democracy – a free and fair election,” House Speaker Nancy Pelosi said at an event with POLITICO following Tuesday’s introduction of the articles of impeachment.Even as the president rails against the prospect of impeachment, something he says is a “very ugly word,” he insists that it is actually helping him politically.“Our poll numbers have gone through the roof because of her stupid impeachment,” the president consistently claims despite persistent poll numbers that demonstrate the president’s historic unpopularity.The president also pointed to his fresh victory with the USMCA trade deal – a victory House Speaker Nancy Pelosi handed to the president on the same day Democrats introduced impeachment articles – as an upside to the impeachment.“The silver lining of impeachment and this witch hunt, that’s the reason they approved USMCA. So that’s okay with me,” the president said, claiming that Pelosi made the split-screen announcement because Democrats are “embarrassed” by impeachment. Pelosi has called it a victory for American workers and “we ate their lunch” referring to how Democrats struck the deal with the White House.“They announced impeachment, then an hour later she announced that she is going to do USMCA. You know why, it’s a huge deal and it plays down the impeachment because they are embarrassed by the impeachment,” Trump claimed.While the president offered his own interpretation of Pelosi’s calculation in the near-simultaneous announcements, the dual actions also had the effect of demonstrating an ability to govern and impeach the president at the same time, thus undercutting a White House criticism that impeachment has kept Democrats from pursuing the interests of the American people.