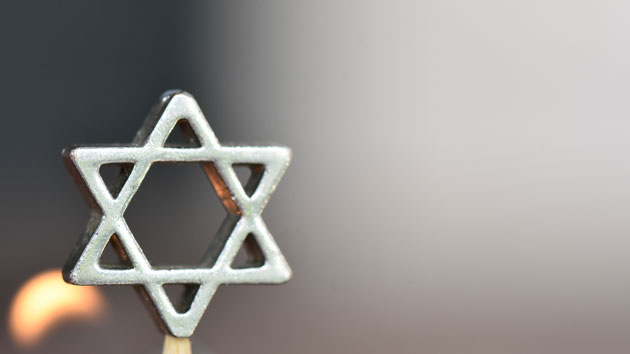 iStock(WASHINGTON) — President Donald Trump on Wednesday signed an executive order aimed at combating anti-Semitism on college campuses, saying schools had an obligation to reject discrimination targeting Jewish people — even as the president has been criticized for himself using anti-Semitic language.The order states that Title VI of the 1964 Civil Rights Act — which covers people who face discrimination for their race, color, or national origin — shall apply to those who face anti-Semitic discrimination based on one or more of those factors. A senior administration official said the White House specifically had anti-Jewish discrimination on college campuses in mind.”This is our message to universities: If you want to accept the tremendous amount of federal dollars that you get every year, you must reject anti-Semitism,” Trump said before signing the order at a Hanukkah reception at the White House. “It’s very simple.”The White House said the directive constituted a response to a rise in anti-Semitic incidents in the United States. It instructs federal agencies to rely on a definition from the International Holocaust Remembrance Alliance that describes anti-Semitism as “a certain perception of Jews, which may be expressed as hatred toward Jews.”The definition, posted on the State Department’s website, cites examples that include criticism of Israel, such as claiming the state of Israel’s existence is a “racist endeavor.”The broad definition seemingly could include forms of pro-Palestinian speech, although a senior administration official said the executive order “includes a clear statement” that it “should be applied consistent with the First Amendment.”The president himself has come under fire several times in the past for comments that have been criticized as anti-Semitic.Most recently, in a speech to a pro-Israel group in Florida on Saturday, Trump evoked the stereotype of Jewish people as wealthy and greedy, telling Jewish attendees that they had “no choice” but to vote for him because they would not “vote for the wealth tax” supported by Democratic presidential candidates.In another instance, in August, Trump said Jewish people who voted for Democrats were “being very disloyal to Jewish people and you’re being very disloyal to Israel.” The comments were criticized for alluding the anti-Semitic tropes portraying Jewish Americans of disloyalty to the United States.And one of the speakers Trump invited to the front to make remarks at Tuesday’s Hanukkah reception, pastor Robert Jeffress, has drawn criticism for the way he has talked about Jewish people.Jeffress said in a 2010 interview that “you can’t be saved being a Jew.”Trump also invited Jewish members of Congress and supporters on to the front of the room, among them New England Patriots owner Robert Kraft and lawyer Alan Dershowitz, an outspoken backer of the president as he faces impeachment.Attendees sported yarmulkes with “Trump” written on them and broke out in a chant of “four more years” as the president finished speaking. Copyright © 2019, ABC Audio. All rights reserved.

At least 21 states activating National Guard troops in capitals to prepare for possible attacks
‘WandaVision’ star Paul Bettany on his father’s struggle to come out of the closet
In scathing draft of letter never made public, Trump chided James Comey for ‘erratic,’ ‘self-indulgent’ conduct
Giuliani says he won’t represent Trump at president’s impeachment trial
Newborn giraffe dies when mother accidentally steps on its neck after giving birth
‘The Marksman’ dethrones ‘Wonder Woman 1984’ at the box office with $3.2 million weekend