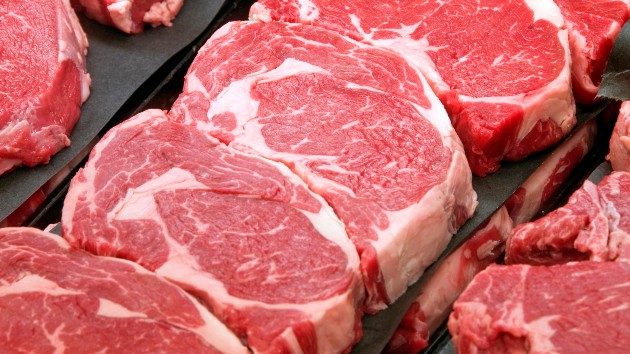 magnetcreative/iStock(NEW YORK) — Alyse Parker shares messages of self-love and empowerment with YouTube videos about her lifestyle from diet and exercise to home tours.But now, the YouTuber with over 700,000 subscribers and thousands of Instagram followers has ruffled some feathers — especially among her largely vegan following.After four-and-a-half years of being vegan, Parker shared a video and corresponding Instagram post about her strict 30-day carnivore diet.”I wanted to just try something new and see how my body would respond to this,” Parker told ABC News. “I started to experience mental decline and just struggles with cognitive function — I just wanted to be able to function better so that’s when I originally shifted to more meats and animal food.”Parker, 25, said she was initially “resistant to the concept of eating only animal foods” and wrote on Instagram that the new diet left her “feeling more mentally clear, focused, wholesome and healthy than I had felt in years””I did notice enough benefits from eating this way to make me want to continue eating mostly animal foods,” she said in the YouTube video.While some supported Parker’s experiment, others wrote comments on Instagram like, “you were my inspiration at first and now you support the exact opposite.”Others added, “You’re part of the problem, don’t pretend like you’re part of any solution.”Parker said she’s “definitely bummed out” by the varied responses and outrage.”There’s definitely individuals who no longer feel inspired to watch my videos,” she said. “And at the same time, there’s a lot of individuals who resonate hardcore — with the idea of embracing change and trying new things.”While Parker said she is not a vegan, her influence has built a strong connection with that community and she said she hopes they can understand her choices.”This video was intentionally about so much more than diet,” she said. “We’re all human and we have the desire to connect with each other and to build community. And I just wanted this video to help break down the walls that we kind of put up and divide ourselves with.”