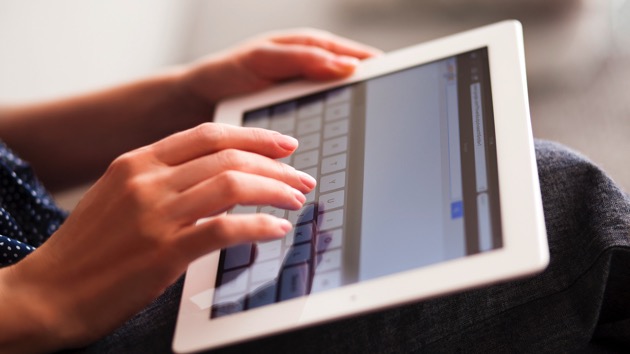 Erikona/iStock(New York) — This year people wanted to know about Disney+, Area 51 and where Sri Lanka is, according to Google’s annual Year in Search report, which gives insight into some of the top news, trends and curiosities we all had in 2019.As the search engine has cemented itself in our society as a place people turn to for information and to ask the questions they may be too shy to voice in person, the data set has become a unique source of information on what was going on in the world over the past year.Across the country, the top search of the year on Google was for Disney+, the hyped-up streaming service that promised the beloved Disney catalog on digital. This was followed by searches for the two unexpected celebrity deaths: Disney Channel star Cameron Boyce, who died of a seizure in July, and rapper Nipsey Hussle, who was fatally shot in Los Angeles this March.The record-smashing hit “Old Town Road” was the most-searched song of the year.Despite the birth of a new royal baby in May, the most-searched baby of the year was “baby yoda.”Here is a glimpse of who we were in 2019, based on our Google searches.Top Google searches of the year for 20191. Disney Plus2. Cameron Boyce3. Nipsey Hussle4. Hurricane Dorian5. Antonio Brown6. Luke Perry7. Avengers: Endgame8. Game of Thrones9. iPhone 1110. Jussie SmollettTop news searches on Google in 20191. Hurricane Dorian2. Notre Dame Cathedral3. Women’s World Cup4. Area 51 raid5. Copa America6. El Paso shooting7. Sri Lanka8. Government shutdown9. Equifax data breach settlement10. California earthquakeMost-searched people on Google in 20191. Antonio Brown2. Jussie Smollett3. James Charles4. Kevin Hart5. R Kelly6. 21 Savage7. Lori Loughlin8. Jordyn Woods9. Bryce Harper10. Robert KraftMost-searched movies on Google in 20191. Avengers: Endgame2. Captain Marvel3. Joker4. Toy Story 45. Lion King6. It Chapter Two7. Frozen 28. Once Upon a Time In Hollywood9. Midsommar10. Scary Stories to Tell in the DarkMost-searched songs on Google in 20191. Old Town Road2. 7 Rings3. Shallow4. Sunflower5. Truth Hurts6. Lose You To Love Me7. Sicko Mode8. thank u, next9. Act Up10. Bury a FriendMost searched ‘what is …?’ questions on Google in 20191. what is area 512. what is a vsco girl3. what is momo4. what is a boomer5. what is quid pro quo6. what is camp fashion7. what is disney plus8. what is bird box about9. what is a mandalorian10. what is brexitMost searched ‘where is …?’ questions on Google in 20191. where is sri lanka2. where is the super bowl this year3. where is area 514. where is 21 savage from5. where is the hurricane now6. where is xur7. where is clemson football team from8. where is gonzaga university located9. where is stranger things filmed10. where is pebble beach golf courseMost searched babies on Google in 20191. baby yoda2. baby shark3. royal baby4. kim kardashian kanye west baby5. cardi b baby6. trey songz baby7. andy cohen baby8. shawn johnson baby9. amy schumer baby10. hoda kotb baby Copyright © 2019, ABC Audio. All rights reserved.