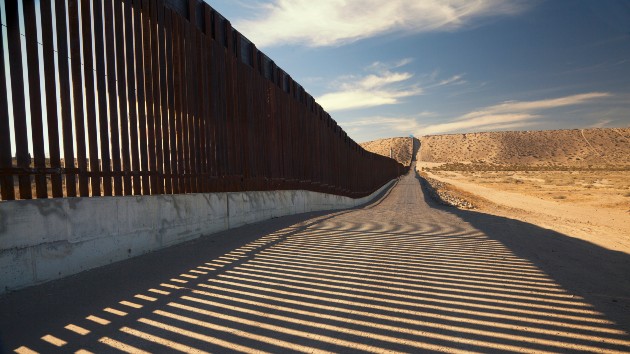 ElFlacodelNorte/iStock(WASHINGTON) — The Pentagon Inspector General has opened a review of a $400 million border wall contract after a congressman alleged that the Trump administration could have had an “inappropriate influence” on the award.The U.S. Army Corps of Engineers (USACE) earlier this month awarded a contract to Fisher Sand and Gravel Co. to build a border wall along the southern perimeter of the Cabeza Prieta National Wildlife Refuge in Yuma County, Arizona.In a letter to the Pentagon IG after that award, the chairman of the House Committee on Homeland Security, Rep. Bennie Thompson (D-Miss.), said President Donald Trump had “personally repeatedly urged” USACE to award the contract to the Fisher Sand and Gravel.Thompson also cited reports that Jared Kushner, the president’s son in law, and Department of Homeland Security officials had shown support for the North Dakota-based company.The White House did not immediately respond to a request for comment about the allegations.”These actions raise concerns about the possibility of inappropriate influence on USACE’s contracting decision,” Thompson wrote. “Therefore, I am requesting that you review the award of this contract to ensure that the bid submitted by Fisher Sand and Gravel Co. met the solicitation standards and that USACE made the award in accordance with federal procurement law and regulations.”In a statement on Thursday, Glenn Fine, the acting Pentagon IG, said his office intends to initiate an audit of the solicitation and award of the $400 million contract.”The Office of the Inspector General has significant experience evaluating the award of Department of Defense contracts,” Fine said. “We will conduct a full audit of the award of this contract.”An administration official with knowledge of the contract told the Washington Post last week that Fisher’s price tag of approximately $13 million per mile was lower than the two other companies that bid on the contract and that Fisher’s contract met the technical specifications of USACE’s request.Tommy Fisher, the CEO of Fisher Sand and Gravel, has repeatedly appeared on Fox News, talking about his company’s proposal to build the president’s border wall.Fisher Sand and Gravel did not respond to an immediate request for comment. Copyright © 2019, ABC Audio. All rights reserved.