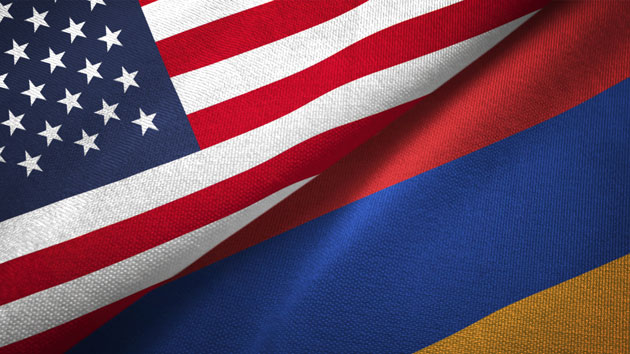 iStock(WASHINGTON) — In a historic vote, the U.S. Senate passed a resolution to recognize as genocide the mass killings of Armenians by Ottoman-era Turkey a century ago, overcoming weeks of active opposition from President Donald Trump’s White House as it convinced three Republican senators to block earlier votes.The vote is sure to further roil U.S.-Turkish relations and upset the country’s strongman president, Recep Tayyip Erdoğan, who, despite a warm relationship with Trump, has overseen a fraying between the two NATO allies.This is the first time this kind of resolution passed the Senate — unanimously, no less — and weeks after a similar measure passed the House, 405 to 11. Lawmakers have said they’re increasingly upset with the Turkish government for its offensive against Syrian Kurdish forces that fought with the U.S. against ISIS and its purchase of a Russian missile defense system that violates U.S. law and undermines the NATO alliance’s security.The resolution, for which the Armenian government and diaspora have long asked, officially recognizes the mass violence against and forced displacement of Armenian Christians in the Ottoman Empire during World War I. As many as 1.5 million Armenians died. The modern-day Turkish government vehemently rejects the label of “genocide,” admitting atrocities took place, but saying there was no systematic campaign to exterminate Armenians.After the House passed its resolution, Turkey’s foreign ministry called it a “grave mistake” that “will negatively affect the image of the U.S. before the public opinion of Turkey as it also brings the dignity of the U.S. House of Representatives into disrepute.”The Trump administration had been urging individual Republican senators to block the resolution for weeks, even as Bob Menendez, the top Democrat on the Foreign Relations Committee, and Ted Cruz, R-Texas, reintroduced the legislation. The White House has said the timing of the resolution is inappropriate, just weeks after Erdoğan visited Washington, as he and Trump try to patch things up.On three occasions, the administration was successful. Sen. Lindsey Graham blocked a vote on the day of Erdoğan’s visit, Sen. David Purdue blocked one a week later and Sen. Kevin Cramer blocked one just last week — even though he was a co-sponsor of a similar resolution in 2017.Trump has praised Erdoğan and pushed for closer ties with Turkey, but lawmakers of both parties have sought to penalize its government for behavior they’ve said damages U.S. interests. At the top of that list is Turkey’s offensive against the majority-Kurdish Syrian Democratic Forces that served as de facto U.S. ground forces against ISIS. That operation included potential war crimes by Turkish-backed opposition groups, according to the U.S. Defense Secretary and special envoy for Syria.Critics, including prominent Republican senators, blasted Trump as giving a green light to Erdoğan for the assault, and after the U.S. and Turkey reached an agreement to halt it, Trump embraced the Turkish leader at the White House and removed any sanctions on senior Turkish officials.The administration has also so far refused to sanction Turkey for its purchase of the Russian S400 missile defense system despite a 2017 law Trump signed requiring sanctions for any significant Russian defense purchases.That softer approach to Ankara has fueled a stronger stance in Congress, including renewed support for the Armenian genocide declaration.It’s also gotten a boost from celebrity backers who are Armenian American.Kim Kardashian West urged her followers to call their senators and ask them to vote yes on the resolution hours before the vote Thursday, writing in an Instagram post: “Denial is the final stage of genocide.”

Retweet and share! Everyone — please call your Senators NOW and urge them to vote YES on the #ArmenianGenocide resolution IN THE NEXT HOUR. Denial is the final stage of genocide…#facts Thanks to @esrailian for posting this!!! The US House passed the same resolution 405 to 11!