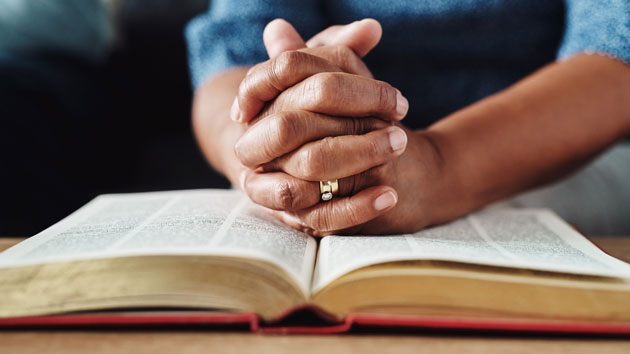 iStock(WASHINGTON) — President Donald Trump’s reelection campaign is planning a massive effort to court religious voters.The president’s team said that in the first quarter of 2020 it will launch three coalitions — “Evangelicals for Trump,” “Catholics for Trump” and “Jewish Voices for Trump” — focused on expanding support for Trump within these communities.The campaign hopes the coalitions will be swayed by the president’s record of conservative judicial appointments, including two Supreme Court justices, and his pro-life record.”The President draws tremendous support from all corners of the religious community and it’s important to engage with them,” Trump campaign director of coalitions Hannah Castillo told ABC News in a statement.Christians and Catholics, especially among white voters, supported the president in big numbers in 2016, and the campaign hopes these new coalitions help repeat those results. About 8 in 10 self-identified white evangelical Christians said they voted for Trump in 2016, according to Pew Research Center.But while white Catholics supported Trump over Democratic nominee Hillary Clinton by a 23-point margin, Hispanic Catholics backed Clinton by more than a 2-to-1 margin, 67% to 26%, according to Pew.Trump often touts his record of pushing religious freedom at his campaign rallies, which routinely are kicked off with a prayer by a local pastor.Trump’s personal pastor, Paula White, a controversial figure within the evangelical Christian community, joined the White House in an official capacity in October.At the United Nations in September, Trump said “protecting religious freedom is one of my highest priorities.” However, advocates for persecuted religious minorities seeking refuge in the United States have criticized the president’s policy of cutting refugee admissions to historically low levels, potentially harming Christians in Iran, Syria, Pakistan and Central and South America.Trump on Wednesday signed an executive order aimed at combating anti-Semitism on college campuses, while the president himself has been criticized for using anti-Semitic language.Throughout next year, the Trump campaign plans to unveil other coalitions leading up to election day. The campaign earlier this year rolled out voter outreach teams including “Latinos for Trump,” “Women for Trump” and, most recently, “Black Voices for Trump,” which Trump helped launch last month.The campaign said it counts among supporters more than 30,000 “Women for Trump,” 9,000 “Latinos for Trump” and 2,000 “Black Voices for Trump,” plus about 800 “Workers for Trump.”Copyright © 2019, ABC Audio. All rights reserved.