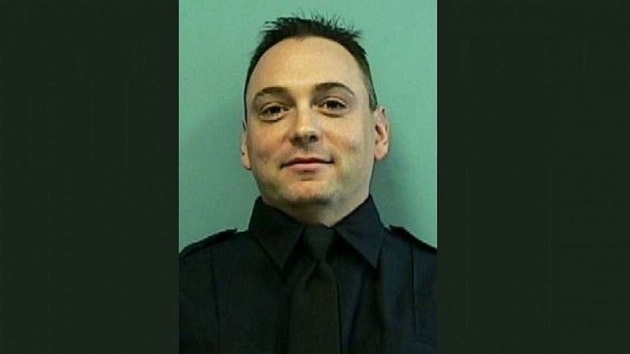 Baltimore Police Department(BALTIMORE) — The state’s attorney for Baltimore announced a 32-count indictment against a veteran police sergeant who allegedly engaged in a “pattern and practice of harassment and intimidation,” according to prosecutors.Authorities opened an investigation into Baltimore Police Department Sgt. Ethan Newberg in May when he allegedly assaulted a bystander during an arrest, prosecutors said Thursday. The incidents in question occurred between July 1, 2018 and May 30, 2019, the Office of the State’s Attorney for Baltimore City said in a statement Thursday.”The indictment alleges that Sergeant Newberg acting beyond the scope of his authority, in a common pattern and practice, did knowingly, intentionally, and unlawfully harass, detain and assault citizens who were engaged in lawful conduct for the improper purposes of dominating, intimidating and instilling fear in the citizens, in violation of the common law of Maryland; against the peace, government, and dignity of the state,” the statement said.Newberg, who has been with the department for 24 years, could face up to 110 years in prison if convicted on all counts.He now faces 32 counts stemming from nine separate incidents, including the May 30 encounter in which he allegedly arrested a man without legal cause, according to a 17-page indictment handed down by a grand jury.Newberg, 49, was checking on a warrant for a suspect when a bystander made a comment about the suspect being forced to sit on the wet concrete. Newberg then pursued the bystander as he was walking away from the scene and forced him into custody, according to the indictment.When the bystander challenged Newberg’s authority to make the arrest, Newberg told him to “just go to jail and take your charge like a man,” the indictment states.The man then asked again, “What am I going to jail for?” to which Newberg replied “Because you don’t know how to act.”Prosecutors claimed Newberg had a history of unlawfully detaining citizens who appeared to question his conduct.“Several of Newberg’s unlawful detentions and assaults occurred as a direct result of citizens sitting or standing idly nearby [as] Newberg was conducting other police business, causing no disturbance nor creating any threat to Newberg or his colleagues,” the indictment states. “Several occurred as citizens openly, from a distance, called into question what Newberg was doing to or with another citizen; others occurred when citizens attempted to video record what Newberg was doing to or with another citizen.”In a another incident, Newberg allegedly arrested a man who was standing by while the officer interrogated a suspect. Newberg ordered the man to walk away and he complied.But Newberg began to follow him, saying, “You don’t make the rules out here, we do. All I want to hear from you is, ‘You’re right."” It wasn’t until the individual apologized that Newberg released him from custody.As the man was being released, Newberg added: “Hey, don’t play me … You owe me … Don’t mess with me.”In a separate case, Newberg illegally detained a man who was sitting on the steps of a house and accused him of interfering with a traffic stop, according to the indictment.”I don’t know what your problem is. Why are you testing me? Do you know me? Have you seen me out here before? Ask around … I’m the sergeant they talk about,” Newberg said, according to body camera footage.In all, Newberg faces 11 counts of second-degree assault, 11 counts of false imprisonment, 10 counts of misconduct in office and one count of misconduct in office by way of a common scheme to commit unlawful acts.Newberg’s attorney, Joseph Murtha, did not immediately respond to ABC News’ request for comment. Copyright © 2019, ABC Audio. All rights reserved.