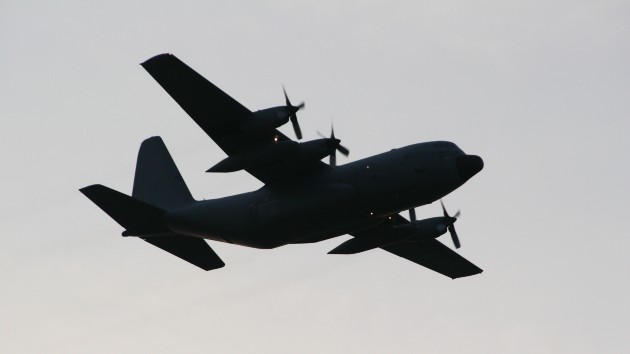 StanRohrer/iStock(LONDON) — Chile’s air force said it has located debris at sea believed to be from its cargo plane that vanished this week with 38 people aboard.The Chilean-flagged vessel Antarctic Endeavour found the debris on Wednesday in the treacherous, icy waters of Drake Passage, about 19 miles south of where the C-130 Hercules aircraft last made contact, according to a statement from the Chilean Air Force.The debris included floating pieces of sponge, which the air force said “could be part of the remains of the sponges of the internal fuel tanks of the C-130.” The parts were recovered and taken to land for analysis to determine if they are indeed from the doomed plane.The military aircraft disappeared over a stretch of sea between South American and Antarctica on Monday evening, a little over an hour after taking off from a base in Puntas Arenas, Chile.

The Chilean Air Force said the plane is presumed to have crashed.The aircraft was on a logistical support mission with 21 passengers and 17 crew members on board, heading to a base in Antarctica — a flight that generally takes about three hours.The crew was supposed to revise a floating fuel supply pipeline among other tasks at the Antarctica base.All of those on board were Chilean, with most from the air force. Two private contractors and a university student were also on the flight, according to an official with the Chilean Air Force.The official said they are considering the flight lost at sea and have intensified search and rescue efforts, although there is little hope of finding survivors in the frigid ocean. Copyright © 2019, ABC Audio. All rights reserved.