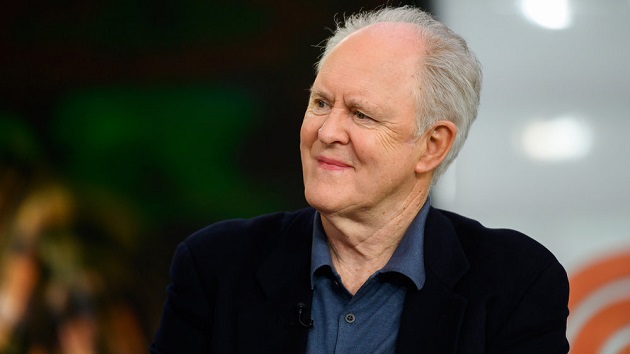 Speaking with ABC Audio, Lithgow says that while the film isn’t overly political, it also can’t help but be political. “The dramatic denouement of this film is the fall of Roger at the very moment of the rise of President Trump,” he explains, “And, you know, you can’t watch the film and not feel a sort of political kick, whether you’re for or against its politics.”

The movie explores the fall of Ailes when Fox News is hit by an explosive scandal when Gretchen Carlson — played by Nicole Kidman — drops the proverbial bombshell by accusing Ailes of sexually harassing her and files a lawsuit.  She is then joined by other women in the media empire, including Megyn Kelly, played by Charlize Theron, with similar claims.

Ailes was forced to resign in 2016 and died a year later.

Lithgow said he had no hesitations in taking the controversial role, “I am the villain. If it were a fairy tale, I would be the troll under the bridge and I, call me weird, but I love that,” he gushed before elaborating, “Listen, you’re talking to the Trinity killer and to the villain in three, not one, not two, but three Brian DePalma gore-drenched suspenseful psychological suspense thriller. So I love that!”

However, a big question is, once the lights go up and the audience rises from their theater seats, if they will feel any differently about the controversial CEO.  When asked if he thought the film would change support’s minds, said Lithgow, “I don’t think so. I mean, one can always hope.”

Bombshell is out in limited release now and hits theaters country-wide December 20.

In brief: ‘Yellowstone’ prequel gets a title change, and more