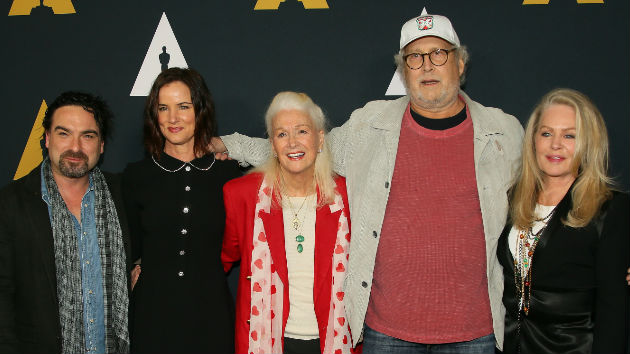 The streamer is developing a half-hour comedy series from The Big Bang Theory alum — and Vacation series veteran — Johnny Galecki titled The Griswolds, based on National Lampoon’s Vacation films, according to Deadline.

Galecki will develop the series with The Middle writer Tim Hobert

Chevy Chase and Beverly D’Angelo starred in the five-film series which ran from 1983-2015 that followed the misadventures of the Griswold family, where their numerous attempts at family getaways and holidays were met with disasters and embarrassing predicaments.

Years before he became one of the highest paid sitcom actors in history with Big Bang, Galecki played Rusty Griswold in 1989’s National Lampoon’s Christmas Vacation.

The cast, which also included Juliette Lewis and Diane Ladd, reunited Thursday at the Academy of Motion Picture Arts and Sciences’ 30th anniversary screening of the film, held at the Samuel Goldwyn theatre in Beverly Hills.