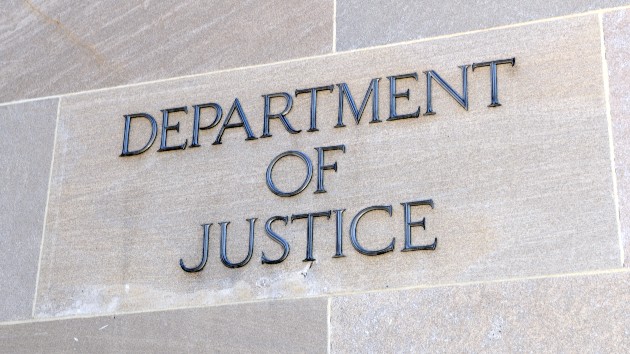 robertcicchetti/iStock(WASHINGTON) — The Department of Justice announced charges Thursday against 10 former NFL players over an alleged scheme to defraud millions of dollars from the league’s health care benefits program.Prosecutors allege that the players submitted false and fraudulent claims for high-cost medical equipment to the league’s Gene Upshaw Health Reimbursement Account Plan for retired players between June of 2017 and December of 2018.In a press release, the Justice Department said the charges range from health care fraud, wire fraud and conspiracy — involving over $3.9 million in false health care claims.Among those charged include former Washington Redskins running back Clinton Portis, 38, former San Francisco 49ers cornerback Carlos Rogers, 38, and former Houston Texans safety Ceandris Brown, 36. The government has also filed a notice that it intends to charge former New Orleans Saints wide receiver Joe Horn, 47, with conspiracy to commit health care fraud.An attorney for Portis, Mark Dycio, told ABC News Thursday the charges came as a “shock” to his client and that Portis maintains his innocence.”Mr. Portis had no knowledge that his participation in what he believed to be an NFL sanctioned medical reimbursement program was illegal,” Dycio said.According to the Justice Department, the former players allegedly offered to submit claims for medical equipment including hyperbaric oxygen chambers, cryotherapy machines and ultrasound machines in exchange for “kickbacks and bribes that range from a few thousand dollars to $10,000 or more per claim submitted.” The players are alleged to have fabricated documents like prescriptions and invoices in order to secure payouts for their claims.”The defendants are alleged to have developed and executed a fraudulent scheme to undermine a health care benefit plan established by the NFL — one established to help their former teammates and colleagues pay for legitimate medical expenses,” said U.S. Attorney Robert M. Duncan, Jr., for the Eastern District of Kentucky. “The defendants allegedly submitted false claims to the plan and obtained money for expensive medical equipment that was never purchased or received, depriving that plan of valuable resources to help others meet their medical needs.”He added, “We have prioritized the investigation and prosecution of health care fraud in our office, and we appreciate the partnership we share with the Criminal Division and the FBI in pursuing these important matters.”In a briefing with reporters, Justice Department officials said they were alerted to the scheme by the health care company Cigna after it detected anomalies in the types of claims being filed by the players. They noted the investigation remains ongoing, leaving open the possibility others may be charged.Assistant Attorney General Brian Benczkowski said there’s currently no evidence of doctors being aware of or participating in the players’ alleged fraud.Robert McCune, 36, John Eubanks, 36, Rogers and Brown were all arrested, according to a department official, while six others named in the indictments surrendered voluntarily.The maximum sentence for the charges range from 10 to 20 years, and DOJ noted that all are presumed innocent until proven guilty.ABC News was not immediately able to reach attorneys for all of the players named in the indictments. Copyright © 2019, ABC Audio. All rights reserved.