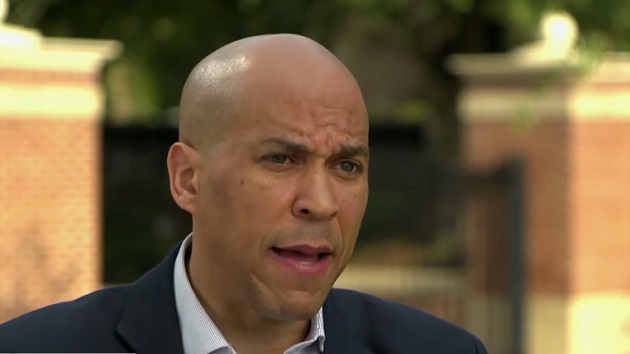 ABC News(PITTSBURGH) — Seven Democratic presidential candidates, including many who have qualified for the next debate, traveled to Pittsburgh on Saturday to weigh in on public education and share their perspective plans.The event was organized by the Schott Foundation and eleven other public education and civil rights groups, including the NAACP. The key issues likely to be discussed are school investment, student services, special education, student debt and teaching conditions, according to the Schott Foundation.The “Public Education Forum 2020: Equity and Justice for All” forum will also welcome more than 1,000 teachers, students, parents and community members.Candidates slated to make appearances throughout the day are former Vice President Joe Biden, South Bend Indiana Mayor Pete Buttigieg, Minnesota Senator Amy Klobuchar, Vermont Senator Bernie Sanders, businessman Tom Steyer, Colorado Senator Michael Bennet and Massachusetts Senator Elizabeth Warren.New Jersey Senator Cory Booker was also originally set to attend; however, his campaign announced Saturday that he will be unable to attend as he was stricken with the flu. Education policy has dominated much of the conversation in the Democratic primary debates, forums and town halls, each candidate touting why they believe their plan would be the best.Warren and Sanders have both notably called for the cancellation of student loan debt, embracing full tuition-free policies for all four-year public universities.In October, Biden unveiled his plan to cut the cost of higher education by granting college students two years of community college free. The former Vice President has also called for the reinstatement of an Obama-era plan aimed at school diversification.Candidates will have 25 minutes to discuss their plans, and to answer questions from forum attendees.Copyright © 2019, ABC Audio. All rights reserved.

Clare Crawley breaks her silence on split from Dale Moss: “This was not what I expected or hoped for”
Priyanka Chopra Jonas says the racism she suffered in high school forced her to leave America
Pelosi ‘ready’ to send Trump impeachment article but needs answers about Senate trial
Facebook passes final decision to ban Trump to oversight board
Rioter accused of stealing Nancy Pelosi’s laptop placed on house arrest
New York man who traveled to DC with Proud Boys arrested