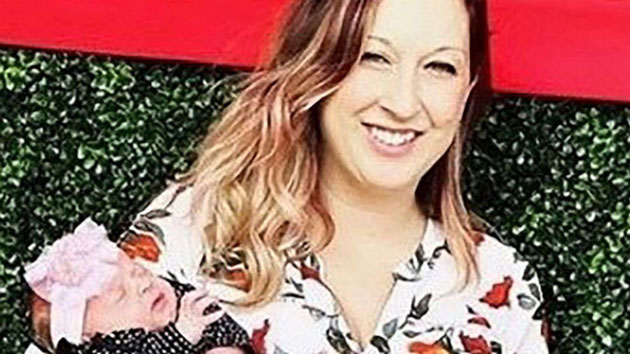 Austin Police Department(AUSTIN, Texas) — Police are searching for a Texas mother and her 2-week-old daughter who have been missing since last week.Austin resident Heidi Broussard, 33, and her infant daughter, Margot Carey, were last seen dropping off a child at Cowan Elementary School on Thursday morning, according to the Austin Police Department.Investigators believe that Broussard and her child returned home to their apartment complex near West William Cannon Drive and South First Street after they left the school. They have not been heard from since, police said.Broussard’s fiance, Shane Carey, told ABC Austin affiliate KVUE that her car and all of her belongings and the baby’s belongings are still at their home, and there was no signs of a struggle.Carey said Broussard’s family and friends are “stumped” and “trying to piece it together.””I don’t know why anybody would ever harm or touch these two beautiful women together,” Carey told the station on Friday night.The couple has been together for nearly 10 years, Carey said. He described Broussard as an “amazing person” and “one of the best people” he’s ever met.”She does anything for her kids — one of the best moms,” he said.They have two children together and are raising his older child from a previous marriage, Carey said.Broussard is described as a white female, about 5-foot-3-inches tall and 150 pounds with long, dark hair and highlights. She is believed to have been wearing a purple long-sleeve shirt at the time of her disappearance, police said.

Attached is an updated photo of Heidi Broussard from Dec. 12, 2019 at 7:50 a.m. at Cowan Elementary. The clothing pictured is what she is believed to have been wearing when she was last seen. Anyone with information about her and Margot is asked to call 911 immediately. https://t.co/bvpNxAqX7i pic.twitter.com/KS0aMJSbAg

Margot weighs just 7 pounds and 7 ounces. The clothing she was wearing at the time of her disappearance is not known.Police have not identified any suspects at this time.Copyright © 2019, ABC Audio. All rights reserved.