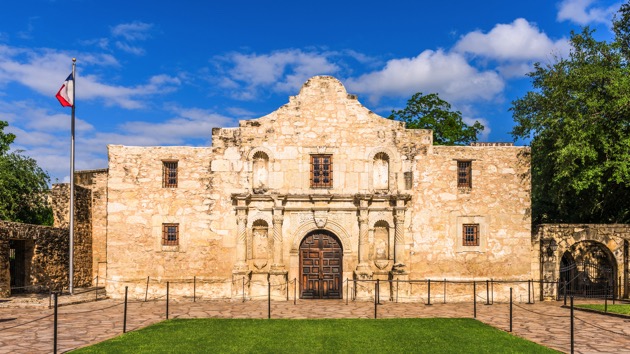 Sean Pavone/iStock(SAN ANTONIO, Texas) — Archaeologists discovered three bodies buried inside of the historic Alamo mission in San Antonio while preparing for renovations over the weekend.The bodies, which appear to belong a teenager or young adult, an infant and a large adult, were discovered during an archaeological exploration at the popular tourist attraction, the Texas General Land Office and the Alamo Mission Archaeological Advisory Committee said in a statement Friday.The workers were examining the 300-year-old structures in preparation for renovations when they discovered the remains inside of the Monks Burial Room and the Nave of Alamo Church, according to the statement. Officials had planned to install moisture monitoring equipment in the building.The remains have not been moved.”Upon discovery of the remains, the long-established human remains protocol was activated, the on-site tribal monitor was notified, and excavation of the particular site was halted,” the statement said. “As we move forward, the GLO and Alamo Trust, Inc. will continue to follow all applicable laws and procedures.”Remains were also discovered inside the main portion of the church in 1989 and identified in 1995, according to the statement.The Alamo was founded in the early 1700s and is most-known for being the site of an 1836 battle during the Texas Revolution. Copyright © 2019, ABC Audio. All rights reserved.

At least 6 dead, 42 injured in weekend mass shootings across US

One dead and three others, including cop, injured in DC shooting: Police