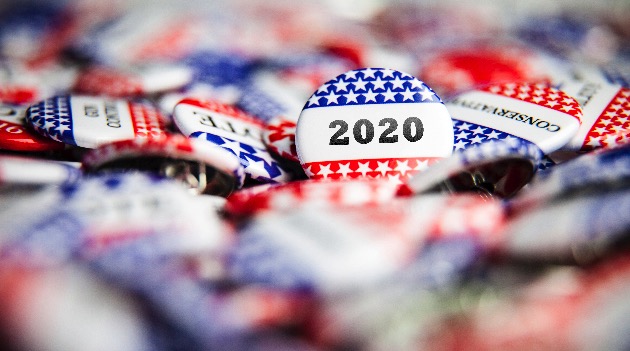 adamkaz/iStock(WASHINGTON) — Eight presidential candidates have joined fellow presidential hopeful Sen. Cory Booker’s call for the Democratic National Committee to change its debate qualification standards for the January and February debates.Booker, D-N.J., who did not qualify for Thursday’s debate, circulated a letter to the other Democratic campaigns on Friday seeking support for his effort to lobby the DNC to revert the qualification standards to the less-stringent rules used earlier this year.All seven front-running candidates set to participate in the Dec. 19 debate have signed on to the letter addressed to DNC Chair Tom Perez. The list includes former Vice President Joe Biden, Sen. Bernie Sanders, Sen. Elizabeth Warren, Mayor Pete Buttigieg, Sen. Amy Klobuchar, Tom Steyer, Andrew Yang and former Housing and Urban Development Secretary Julián Castro, who also did not qualify for this debate.In the letter, the candidates note “the escalating thresholds over the past few months have unnecessarily and artificially narrowed what started as the strongest and most diverse Democratic field in history before voters have had a chance to be heard” and that “many of the candidates excluded due to these thresholds are the ones who have helped make this year’s primary field historically diverse.”While not specifying what threshold should be used for entry into the January and February debates, the letter asked the DNC to return to “the previous criteria that allowed candidates to qualify to participate either via meeting a minimum polling threshold or meeting a number of grassroots donors to demonstrate broad-based support.”There is one Democratic primary debate scheduled for Jan. 14 in Iowa and three additional debates in February in New Hampshire, Nevada and South Carolina, the Democratic National Committee announced on Thursday.Booker and Castro have honed in on the conversation about the depleting diversity in the Democratic field. California Sen. Kamala Harris had qualified for Thursday’s debate, but suspended her presidential campaign citing a lack of funds to her continue her campaign. Each month, the DNC has raised its polling and fundraising thresholds candidates need to surpass in order to qualify for the debate.Entrepreneur Andrew Yang will be the only person of color on the debate stage and has voiced his support of Booker’s efforts to persuade the DNC to change its rules.“Well, many Americans are looking up at the debate stage and are concerned that the candidates don’t represent their interests, their perspective, their point of view, and we’re about to have voting started here in Iowa on February 3rd. To me, having a more inclusive debate is a positive thing,” Yang said. “You know, Cory sent me a text message, I’m friends with Cory. If a friend of mine asked me to do something and I think it’s positive, of course I’ll do it.”Last week, Booker seemed to suggest he wouldn’t talk to DNC Chair Tom Perez about changing the debate qualifications.“I learned when I played football that you can be frustrated with a ref’s call, but don’t spend your time arguing with the ref, get back in the huddle also you can drive the ball down the field,” he told reporters before he had learned he had not qualified for the debate.In a sternly worded statement responding to Booker’s letter, the DNC resisted his request while also defending the debate qualifying criteria.”The DNC has led a fair and transparent process and even told campaigns almost a year ago that the qualification criteria would go up later in the year — not one campaign objected,” DNC Communications Director Xochitl Hinojosa said. “The DNC will not change the threshold for any one candidate and will not revert back to two consecutive nights with more than a dozen candidates. Our qualification criteria is extremely low and reflects where we are in the race.”Warren backed Booker’s request and said she did so because she believes that, “while we’re still in the Democratic primary debates that we are to have a more open field, and hear from more voices and narrowing it too soon means we’re not going to hear from everyone.”The demands for looser qualification thresholds bookends a contentious week between the seven candidates that have qualified for the debate and the DNC. The debate is slated to take place at Loyola Marymount University in Los Angeles, on Thursday, but all seven candidates who qualified for the debate have threatened to skip it if a dispute between labor union Unite Here 11 and the company contracted to handle services for the university, Sodexo, isn’t resolved. A spokesperson for the labor union told ABC News they have agreed to return to the negotiating table with Sodexo on Tuesday or sooner.The candidates have each vowed to not “cross the picket line,” even if it means they miss out on participating in the debate.Biden tweeted, “I won’t be crossing a picket line. We’ve got to stand together with @UniteHere11 for affordable health care and fair wages. A job is about more than just a paycheck. It’s about dignity.”

I won't be crossing a picket line. We’ve got to stand together with @UniteHere11 for affordable health care and fair wages. A job is about more than just a paycheck. It's about dignity. https://t.co/nn4tb5q8wt

Sen. Amy Klobuchar echoed that sentiment, saying, “I don’t believe we should cross the picket line. So I encourage the DNC to try to work this out and find a new location.”Loyola Marymount University is the second venue where the event is slated to take place. In November, the DNC announced it was no longer hosting the primary debate at the University of California, Los Angeles as originally planned, over a labor dispute between the university and a different local union.”In response to concerns raised by the local organized labor community in Los Angeles, we have asked our media partners to seek an alternative site for the December debate. We will be in touch with more information when it is available,” the DNC wrote in an email informing the campaigns.Copyright © 2019, ABC Audio. All rights reserved.