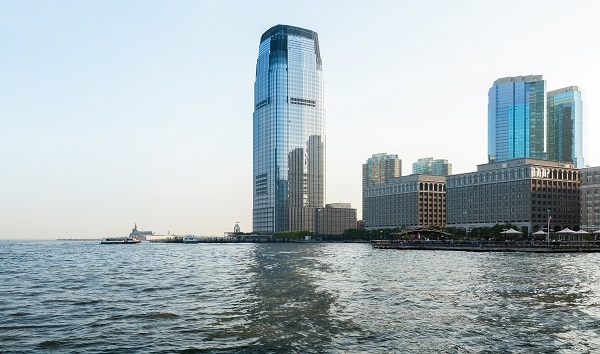 iStock/BackyardProduction(NEW YORK) — Goldman Sachs has become the first major U.S. bank to ban financing for new oil drilling or exploration in the Arctic region.While environmental groups lauded the move as a step in the right direction, one advocacy group pointed out Monday that this is only a “fraction of Goldman Sachs’ multibillion-dollar fossil fuel portfolio.”The announcement came in the investment bank’s updated Environmental Policy Framework on Sunday.Citing the fragile Arctic ecosystem, which supports “the subsistence livelihoods of Indigenous Peoples groups that have populated certain areas in the region for centuries,” the updated policy states that the company “will decline any financing transaction that directly supports new upstream Arctic oil exploration or development.”It continues: “This includes but is not limited to the Arctic National Wildlife Refuge.”Prior to making the pledge, the bank met with leaders from the indigenous advocacy group, the Gwich’in Steering Committee, and the environmental group the Sierra Club, to discuss the threat of oil operations in the arctic region, according to the Sierra Club.“Drilling in the Arctic Refuge would permanently destroy the primary food source of the Gwich’in people, our culture, and our way of life,” Bernadette Demientieff, the executive director of the Gwich’in Steering Committee said in a statement.“The Trump administration may have made up their minds about selling off this sacred place, but the fight is far from over,” she added. “We’re glad to see Goldman Sachs recognize that the Arctic Refuge is no place for drilling and we hope that other banks, and the oil companies they fund, will follow their lead.”The Sierra Club expressed hope that other American financial institutions would follow suit.“Goldman Sachs is right to recognize that destroying the Arctic Refuge would be bad business,” Sierra Club campaign representative Ben Cushing said in a statement. “We hope other American banks will follow their lead.”A representative for the environmental nonprofit organization Greenpeace noted, however, that the multinational investment bank is still financing many fossil fuel endeavors around the world.”Continuing to drill for oil in the middle of a climate crisis will only make this emergency harder to stop,” Charlie Cray, the political and business strategist for Greenpeace USA, told ABC News Monday. “Trump and the oil industry may be willing to sell out people and the planet to continue business as usual, but US banks are finally starting to see the light.””While this is a step in the right direction, it’s also just a fraction of Goldman Sachs’ multibillion-dollar fossil fuel portfolio,” he added.Cray called it “crucial” that Goldman Sachs and other banks financing coal, oil and gas projects shift their investments to renewable energy, “while there’s still time to avoid the worst impacts of climate change.” Copyright © 2019, ABC Radio. All rights reserved.