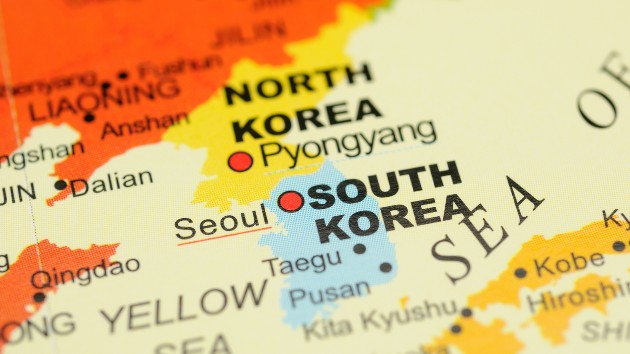 He urged Pyongyang to come out and talk while he is in Seoul, South Korea.“Let me speak directly to our counterparts in North Korea. It is time for us to do our jobs. Let’s get this done. We are here, and you know how to reach us,” he told the press Monday at a joint news conference with his South Korean counterpart Lee Do-hoon.Biegun also dismissed Pyongyang’s self-imposed year-end deadline.

“The United States does not have a deadline. We have a goal,” he said.North Korea has been threatening to take what they call a “new path” if Washington does not advance the stalemated nuclear talks and come up with an acceptable offer to ease sanctions before the end of the year.Tensions have been rising in recent weeks after the North conducted a series of weapons tests raising concerns that the communist country may be preparing for major military provocations.Pyongyang announced on Dec. 8 that it had successfully conducted “a very important” test that will have an important effect on changing their strategic position in the near future. Another “crucial test” was carried out successfully, the country claimed, last Saturday.Both tests, which were deliberately unspecified, were held at the Sohae Satellite Launching Ground in Tongchang-ri, a site near the border with China. North Korea in the past had launched what they claimed to be satellites into space but the international community has widely regarded them as a cover to test intercontinental ballistic missile (ICBM) technology.“We are fully aware of the strong potential for North Korea to conduct a major provocation in the days ahead,” Biegun told reporters, adding that any more rocket tests in the near future would be “most unhelpful” in bringing lasting peace on the Korean Peninsula.He also said the latest string of negative comments by Pyongyang’s officials towards President Donald Trump has been “so hostile and negative and so unnecessary.”“As he is such a heedless and erratic old man, the time when we can not but call him a ‘dotard’ again may come. This naturally indicates that Trump is an old man bereft of patiences,” North Korea’s former top nuclear envoy, who now serves as chairman of the Korea Asia-Pacific Peace Committee, said in a statement on Korean Central News Agency earlier this month.Biegun travels to Tokyo to meet his Japanese counterpart on Tuesday, the U.S. State Department said. Copyright © 2019, ABC Audio. All rights reserved.