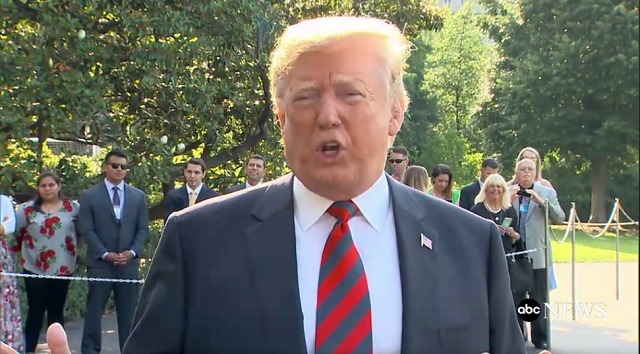 ABC News(WASHINGTON) — House Democrats are preparing to officially vote to impeach President Donald Trump this week, but soon, they must also decide which Democratic House member will present the strongest case to the Senate, which ultimately will vote on whether to convict the president and remove him from office.Former Congressman Bill McCollum, R-Florida, was one the House members chosen for this task during former President Bill Clinton’s impeachment on articles of perjury and obstruction of justice. McCollum served served in this role, known as an “impeachment House manager,” alongside the current Senate Judiciary Chairman Lindsey Graham.

McCollum told ABC News’ podcast “The Investigation” that although he doesn’t agree with the case House Democrats are building against Trump, he thinks it’s important for the Senate trial to include witness testimony, to which Senate Majority Leader Mitch McConnell of Kentucky has not yet committed publicly.“I certainly believe that witnesses are appropriate,” said McCollum. “Both sides should be able to select a certain number and that those key witnesses should be subpoenaed and come forward and testify.”McCollum was one of the only lawmakers to interview Monica Lewinsky during the Clinton impeachment, but he said her testimony would’ve been more effective if she had been able to testify publicly. The obstruction charge against Clinton included his alleged efforts to keep a federal grand jury and court from discovering his affair with Lewinsky.“I always thought that Monica Lewinsky should have been brought live,” he said.McCollum emphasized how valuable “live” witnesses can be in determining a trial’s outcome.“If you are judging [a witness’] truth and veracity…you need to look at them, their demeanor, how they present themselves,” McCollum said.As he reflected on his time as a House manager, McCollum argued that the difference between Clinton’s impeachment and Trump’s potentially upcoming one is that Clinton committed what he termed “truly impeachable” offenses while for the case against Trump, he described it as “very thin, very different.”“There are no crimes that are really being charged here,” McCollum said, comparing Trump’s case to Clinton’s, who, in addition to being accused of felony perjury was also accused of witness tampering.McCollum said that while parts of President Trump’s call with Ukrainian President Volodymyr Zelenskiy were inappropriate, he doesn’t think that it’s enough to impeach the president.“No, I don’t think it was appropriate. Well, I shouldn’t say the whole call wasn’t appropriate,” says McCollum. “I don’t think it was appropriate for the president to refer to the vice president or suggest that perhaps that he should be investigated in the way that was suggested. But I don’t think that it’s a crime that he committed. I don’t think it’s something he should be impeached for.”Democrats have floated former Republican Rep. Justin Amash of Michigan, who is now an independent and has been critical of Trump before, as a potential House manager.“I think the Democrats are looking at this, and have been for some time, as a major political event in terms of the election next year,” said McCollum. “They therefore are using this platform to try to present to the American public that President Trump is not fit to have another term.”Looking ahead toward the Senate trial, which is expected to begin in January, McCollum stressed the importance of both the Senate and the public listening to both sides of the argument and carefully examining the facts before taking a side.“I would hope that people would go into this regardless of their perspective with an open mind and think about the law,” said McCollum. “Think about whether these are impeachable offenses. Are they really what the founding fathers intended to remove from office?”Copyright © 2019, ABC Audio. All rights reserved.