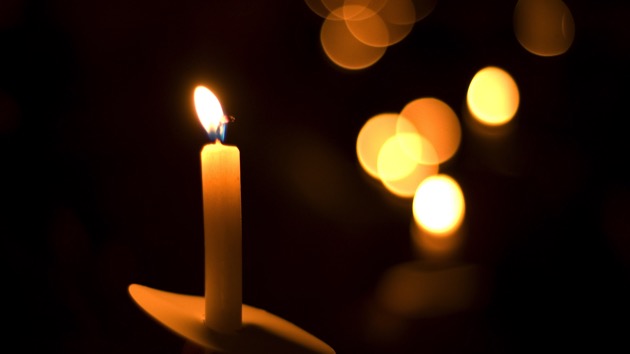 nazarethman/iStock(JERSEY CITY, N.J.) — A sea of blue is filling a Jersey City, N.J., church Tuesday morning for the funeral of a detective shot dead before a massive gun battle last week.Jersey City Mayor Steven Fulop said police departments from surrounding towns have offered to help patrol Jersey City on Tuesday so Det. Joseph Seals’ colleagues can attend his funeral.Seals, a plainclothes detective and married father of five, was the first victim of the Dec. 10 shootings.Seals, 39, was killed at the Bay View Cemetery in Jersey City, allegedly by David Anderson and Francine Graham.The two suspects — armed with multiple guns — then stormed the Jersey City Kosher Supermarket, about 1 mile from the cemetery, where they allegedly killed three others.Anderson and Graham died in the market during an hours-long shootout with police.The motivation behind Seals’ murder and the market attack “clearly appears to be a bias towards both the Jewish community and law enforcement,” said Craig Carpenito, U.S. attorney for the District of New Jersey.Anderson and Graham were also prime suspects in the slaying of an Uber driver whose body was found on Dec. 7 in Bayonne, N.J., near Jersey City, investigators said.Seals, a member of the Jersey City Police Department since 2006, was promoted to detective in 2017 and worked to take guns off the streets, reported ABC New York Station WABC.”We believe he was killed while trying to interdict these bad guys,” Jersey City Police Chief Michael Kelly said, according to WABC.Seals was also a “family man,” neighbor Joe Vuocolo told WABC. “He loved his children, did everything with them.”FBI Special Agent in Charge Gregory Ehrie on Monday asked anyone with information about the suspects to call 1-800-CALL-FBI.”The community needs to know that we continue to follow all leads in this investigation and will leave no stone unturned to find the facts connected with this case,” Ehrie said. Copyright © 2019, ABC Audio. All rights reserved.