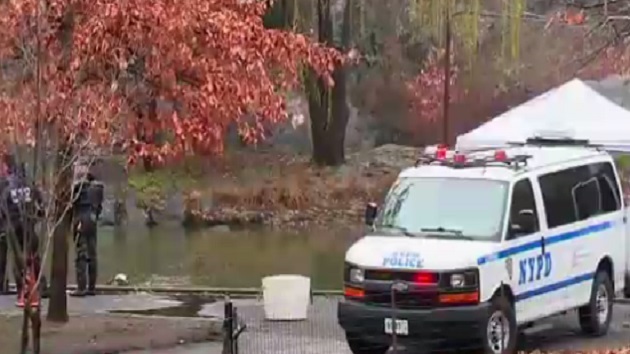 ABC News(NEW YORK) — A manhunt is underway in New York City for a 14-year-old boy who allegedly stabbed a Barnard College freshman to death as a 13-year-old suspected of being involved heads to court.The 14-year-old suspected of stabbing 18-year-old Tessa Majors was on his way to turn himself in Monday night when he bolted from the car while it was stopped at an intersection, according to police sources.That sparked an all-night manhunt through upper Manhattan for him, sources said.Majors was stabbed Dec. 11 in upper Manhattan’s Morningside Park, just off the campus of Columbia University, which sits next to Barnard.A 13-year-old boy was arrested Friday and charged with murder, robbery and weapons possession. He is not believed to be the killer, according to testimony from the arresting officer, but he did allegedly pick up the knife and give it to another teenager. He is set to appear in family court on Tuesday.Police have now identified all three suspects in the Barnard freshman’s murder: the 13-year-old, the wanted 14-year-old who allegedly fled from the car Monday night, and a 14-year-old who was questioned and released without charges.Majors, who was from Charlottesville, Virginia, was a “budding journalist” and musician who was “endlessly creative,” Manhattan Borough President Gale Brewer said at a vigil on Sunday.”Tessa must have been extraordinary,” added Lisa Carnoy, co-chair of the Columbia University Board of Trustees. “Feminist, iconoclast, musician, friend. I want to know more about Tess. Together we will, we must, find an enduring way to remember and honor her.”