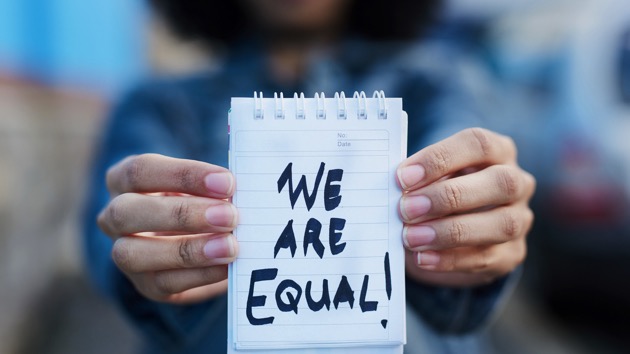 LaylaBird/iStock(NEW YORK) — A new report published Tuesday by the World Economic Forum ranks 153 countries on gender equality. The U.S.? No. 53.Nordic nations led the way with Iceland topping the list. Norway, Finland and Sweden were close behind.

Nicaragua came in fifth, followed by New Zealand, Ireland, Spain, Rwanda and Germany. The U.S. actually fell two spots from its ranking last year.Overall, the researchers found that the global gender gap between men and women in work, education, politics and health won’t close for 99.5 years.While these findings might seem discouraging, the report does show some progress since 2018 when the same researchers predicted the gap would take 108 years to close.Researchers attribute the improvements to a recent rise in the number of women represented in the political sphere. Globally, women now hold 25.2 percent of parliamentary lower-house seats (up from 24.1 percent in 2018) and 21.2 percent of ministerial positions (up from 19 percent in 2018).Still a long way to go for economic parity for womenBesides politics, women also face many hurdles to reaching gender parity in the workplace. The report found that the global economic gender gap has actually widened slightly since last year.The economic gender gap factors in income as well as levels of women in managerial positions, wage stagnation and labor force participation.The report attributed this uphill battle in economic equality for women at work to three factors. First, the report found that many jobs that employ a high number of women have been hardest by automation, such as retail and white-collar clerical work.In addition, less women are entering professions where wage growth has been most pronounced, such as technology-driven fields.Finally, factors such as lack of “care infrastructure” and lack of access to capital limit women’s opportunities at work, the report found. In each country where data is available, women spent at least twice as much time on care, and a lack of access to capital inhibits women from pursuing entrepreneurial opportunities.“To get to parity in the next decade instead of the next two centuries, we will need to mobilize resources, focus leadership attention and commit to targets across the public and private sectors,” Saadia Zahidi, a member of the managing board at the World Economic Forum, said in a statement.”Business-as-usual will not close the gender gap — we must take action to achieve the virtuous cycle that parity creates in economies and societies,” she added.One positive takeaway from the report is that researchers found the so-called “role model effect” could have a positive impact for leadership and even wages for women in the workplace.For eight out of the top 10 countries in 2019, a high number of women in senior roles corresponded with high political empowerment, according to the report, which said role model effects could lead to shaping labor market outcomes for women. Copyright © 2019, ABC Audio. All rights reserved.