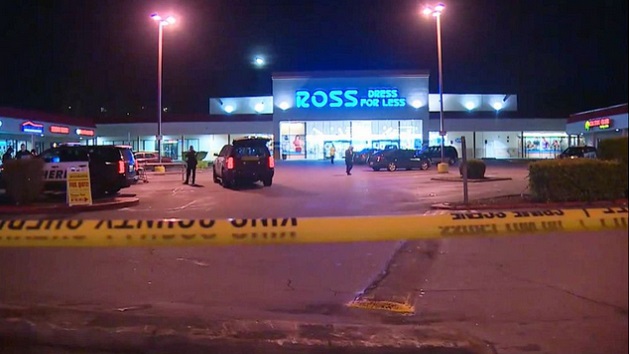 KOMO(SEATTLE) — A van trying to make a getaway following a shoplifting incident has crashed through the front of a Ross store near Seattle, Washington, leaving a 2-year-old boy in critical condition and multiple others injured as they were shopping for the holidays.The incident occurred at approximately 9:15 p.m. at the Ross store in Burien County, Washington, when a female was inside the store shoplifting. She then allegedly proceeded to run out of the store with the stolen items and jump into a white van that was waiting to help make her escape, according to Sgt Ryan Abbott with the King County Sheriff’s Office in an interview obtained by ABC News’ Seattle affiliate KOMO. “[The driver] took off at a pretty high rate of speed. He struck a vehicle directly in front of the Ross that was unoccupied and then went straight through the window and into the store, passing the registers and into the clothes aisle area,” said Abbott. “Inside, he struck a stroller that had a 2-year-old child inside as well as several other people.”Three people have been listed in critical condition – a 2-year-old boy, a 41-year-old man who police have identified as the boy’s grandfather, and a man in his 30’s. All three of them were transported to Harborview Medical Center.Police say that 11 people in total were injured – including the three in critical condition – and the victims have been taken to three different local area hospitals.The driver was identified as a 51-year-old male and was arrested for suspicion of driving under the influence of drugs and vehicular assault. The woman who got into his vehicle had an unrelated outstanding warrant for her arrest and was arrested at the scene of the crime for shoplifting.Authorities say the store was very busy at the time of the incident and that people scattered as quickly as possible to get away from the van once it crashed into the store.“The fire and deputies got here really quickly on scene and were able to start treating victims right away and that is most likely how we didn’t lose anybody,” Abbott said. “So everybody is alive so far and everybody has been transported and being treated at the best hospitals that we have.” Copyright © 2019, ABC Audio. All rights reserved.