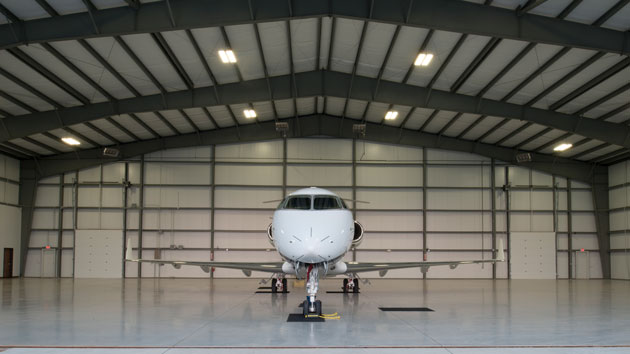 iStock(LOS ANGELES) — A 17-year-old girl allegedly climbed over a fence at California’s Fresno Yosemite International Airport, entering the property before starting an aircraft, moving it and crashing it into a building and fence, airport authorities said.The incident occurred at around 7:30 a.m. Wednesday, according to police, who would not release her name because of her age.”She entered a King Air 200 propeller-driven aircraft and was able to start one of the engines,” Drew Bessinger, airport police chief, said. “The aircraft began to move and pivot and crashed into a building and a fence on airport property.”When Fresno authorities arrived on the scene after receiving a 911 call, they found the teenager seated in the pilot seat of the aircraft “wearing a pilot’s headset,” Bessinger said.The aircraft never went airborne and there was no fire, Bessinger confirmed. He said it was still unclear how the suspect was able to start the aircraft.Bessinger said the plane was damaged in the incident when it hit the hangar. No passengers or commercial aircrafts were at risk, Bessinger said. The airport said operations were not affected.The hanger was a general aviation fixed-base facility, and Bessinger said it was on the west side of the airport. The commercial terminal and military area, he said, are located on the east side, about a quarter-mile away or more.The suspect was expected to be booked at a juvenile detention center Wednesday. Her alleged motives are still under investigation, and Bessinger said there was no indication of a domestic terrorism link.”The female appeared to be disoriented and was uncooperative with police when she was taken into custody,” he said.Fresno Yosemite International Airport said it was working with the Federal Aviation Administration and other authorities investigating the incident.The airport also thanked the Fresno Police Department and Fire Departments for their assistance.Copyright © 2019, ABC Audio. All rights reserved.