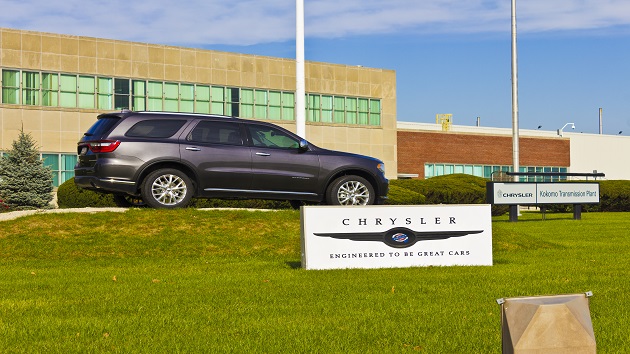 iStock/jetcityimage(DETROIT) — After months of speculation, Fiat Chrysler and Peugeot maker PSA announced Wednesday that they have agreed to merge, a deal that could create the world’s fourth largest automaker.Both companies pledged to keep their plants operational after the $50 billion merger is complete though analysts predicted earlier this year that a merger could result in fewer brands and models. The deal still needs final approval from regulators.The companies said in a statement they will work together to face “the new era in sustainable mobility,” emphasizing their commitment to “provide innovative, clean and sustainable mobility solutions.”Combined, the companies could sell 8.7 million vehicles annually, making it fourth-largest carmaker in the world by volume.The new company would also have an estimated combined annual revenue of more than $189 billion, making it the third-largest automaker in the world by revenue.The “strong combined balance sheet provides significant financial flexibility and ample headroom both to execute strategic plans and invest in new technologies,” the companies said in a statement.PSA’s current chief, Carlos Tavares, will continue as CEO of the new group. It was not immediately clear what role Mike Manley, CEO Of Fiat Chrysler, will take on in the new company, though he lauded the union in a statement and indicated he would stay on.John Elkann, the chairman of Fiat Chrysler, will be the head of the board after the merger.“Our merger is a huge opportunity to take a stronger position in the auto industry as we seek to master the transition to a world of clean, safe and sustainable mobility and to provide our customers with world-class products, technology and services,” Tavares said.Manley added: “Our people share a common trait — they see challenges as opportunities to be embraced and the path to making us better at what we do.” France’s minister of economy and finance Bruno Le Maire tweeted that the merger is “good news” for France and Europe.The government support is noteworthy as French “political conditions” were blamed for the collapse of a previously-attempted merger between Fiat Chrysler and French car giant Renault. Copyright © 2019, ABC Audio. All rights reserved.