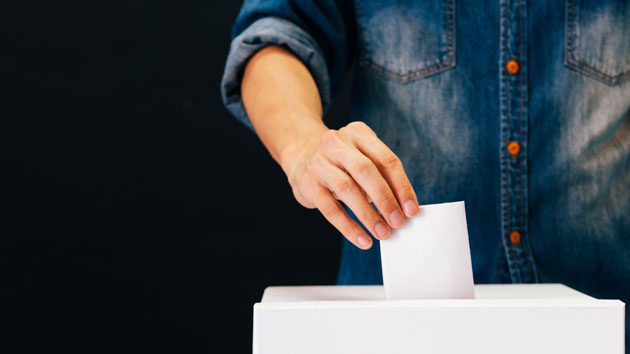 iStock(TRENTON, N.J.) — New Jersey Democratic Gov. Phil Murphy signed a bill Wednesday morning to restore voting rights to more than 80,000 residents who are on probation or parole.”I am proud to sign one of the most progressive expungement laws in the nation, which will allow more New Jerseyans the opportunity to fully engage in our society. I am also proud to enact legislation that will restore voting rights to over 80,000 residents on probation or parole, allowing them to fully participate in our democracy,” Murphy said in a press release.The state will now create a “clean slate” expungement for residents who have not committed an offense in 10 years and who have not been convicted of the “most serious” crimes. The bill also requires that low-level marijuana convictions be sealed at the disposition of the case, so those convictions cannot be used in the future.Murphy joined 16 other states which have restored voting rights to similar groups. Currently, Maine and Vermont are the only states where felons never lose the right to vote.The New Jersey law will take effect in 90 days.”Fixing our broken criminal justice system remains one of the most challenging issues plaguing our nation. Formerly incarcerated individuals continue to face overwhelming obstacles as they rejoin their communities,” said presidential candidate and New Jersey Sen. Cory Booker in the release. “It’s often difficult to obtain jobs and housing and many have lost their right to vote. These measures signed today by Governor Murphy will help restore fairness to the criminal justice system and remove some of the fundamental barriers to re-entry. I’m grateful to the State Legislators who sponsored these measures and to Governor Murphy for helping make New Jersey a nationwide leader in bold criminal justice reform.”Restoring voting rights for disenfranchised groups has become a Democratic focus since the 2018 midterms. In Florida, voters widely approved adding a constitutional amendment to restore the voting rights of felons, save those who had committed a murder or felony sexual offense, who must still petition with the governor’s office.Those changes have since been a point of contention: Republicans passed a law that required former felons to pay all fines, restitution and court costs before technically completing their sentences, which effectively disqualified hundreds of thousands of the 1.4 million who originally regained their right to participate at the ballot box. The state’s Supreme Court is currently considering a challenge to that law, brought by civil rights and voting rights groups.Last week, new Democratic Gov. Andy Beshear in Kentucky restored the voting rights of over 140,000 nonviolent felons in an executive order, his first act as governor.An array of states permanently disenfranchise felons from voting, depending on the crimes they commit, but with Kentucky’s new change, Iowa is the only remaining state which does not allow anyone convicted of a felony to vote.”There is no more fundamental aspect in citizenship than casting a vote, and yet Kentucky has the third-highest disenfranchisement rate in the country,” Beshear said at the signing. “Nearly 1 in 10 Kentuckians is disenfranchised. Nearly 1 in 4 African Americans are disenfranchised.”Iowa’s governor is calling for a constitutional amendment to match Kentucky’s.Copyright © 2019, ABC Audio. All rights reserved.