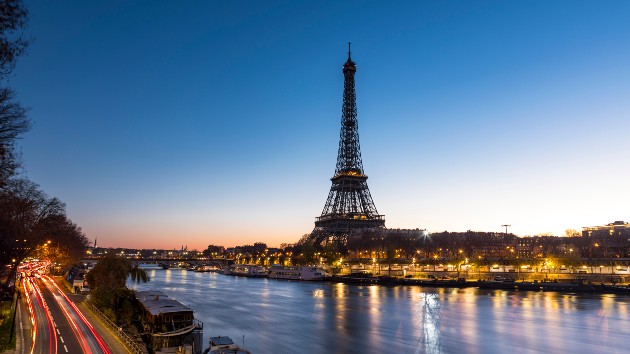 Joakim Leroy/iStock(PARIS) — Transit workers have been striking for 13 straight days in France over the government’s plan to reform the country’s pension system. The protests started on Dec. 5. The government wants to meld the 42 existing pension schemes into a “universal” system where all French citizens enjoy the same rights under the same conditions, a campaign promise of French President Emmanuel Macron.But opponents argue the potential change in the law is an injustice for those working in particularly harsh conditions.Various professions, including lawyers, rail workers, teachers and opera musicians, have joined forces in their opposition. In the private sector, oil refineries are also concerned by the strikes. As a result, the country is experiencing all sorts of disturbances.An estimated 75% of national trains are not running. Schools have been closed because a quarter of the country’s teachers are on strike, according to the Education Ministry.The Eiffel Tower is also closed for the day.

In Lyon, 40,000 homes were deprived of electricity for half an hour because of demonstrations. The electricity group RTE declared that “these power cuts are said to be voluntary and linked to the current social movement.” Approximately 167,000 homes have been left without power, according to RTE. “The right to strike constitutes a means of expression for employees and trade unions,” RTE said in a statement. The strike has been most felt in Paris, where eight of the 14 Parisian metro lines are currently down, leaving many unable to get to work. One of the main stations in Paris, Châtelet station, was closed Tuesday morning because of the large crowds. According to organizers, approximately 1.8 million people have taken to the streets across France, including 350,000 in Paris. Police arrested 27 people in Paris on Tuesday, in what has been a mostly peaceful demonstration. France’s Interior Ministry, however, counted 615,000 protesters, including 76,000 in Paris. It’s more than the last protest on Dec. 10 where 339,000 protesters marched in the streets.French Prime Minister Edouard Philippe has pleaded with protesters to end their strikes. “It seems to me that the guarantees given to the most concerned people justify the dialogue to resume and that the strike – which penalizes millions of French – stops,” he said. The unions quickly rejected the content of the reform plan and called for continued strikes and protests. Two so-called “reformist” unions, including the CFDT, recently joined the movement after the prime minister’s announcements. They oppose the increase in age to receive full retirement benefits to 64 from 62.Followers of France’s Yellow Vests movement also partook in Tuesday’s demonstrations, as they have done in the last two protests against the pensions reform. Macron said last week that he wanted the government to proceed with the pensions reform, which he called “historic.”Copyright © 2019, ABC Audio. All rights reserved.