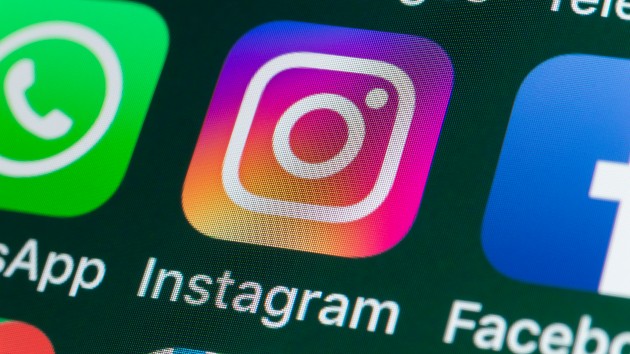 stockcam/iStock(NEW YORK) — Instagram has announced it is cracking down on influencers who promote vaping and guns on its platform, as advocates call for more responsibility from the social media giant over the influence it wields surrounding “public safety issues.” News of the ban comes amid a so-called “vaping epidemic” and as the U.S. grapples with an average of one deadly mass shooting every 15 days in the past year.”Branded content that promotes goods such as vaping, tobacco products and weapons will not be allowed,” Instagram, which is owned by Facebook, said in a blog post Wednesday announcing a slew of updates to its branded content policies. “Our advertising policies have long prohibited the advertisement of these products, and we will begin enforcement on this in the coming weeks,” the company added.Shannon Watts, the founder of the advocacy group Moms Demand Action for Gun Sense in America, said she hopes the ban is “a sign of more meaningful policies to come.” “I’m grateful to Facebook and Instagram for taking this common-sense step to encourage safety on its platforms, and I am hopeful that this step in the right direction is a sign of more meaningful policies to come,” Watts said in a statement. “Facebook has a responsibility to prevent its platforms from being used to mislead the public about public safety issues like gun safety, and while the company has made some good progress, its record is mixed at best,” she added.Jiliana Carrasco, a national advisory board member for Students Demand Action, added that the social media giants “owe users more than this.” “My generation doesn’t just use Instagram to post selfies or share memes — Instagram and other social media platforms have become an essential organizing tool for young activists,” Carrasco said. “It’s good that Facebook and Instagram have taken this step, but the companies owe its users more than this,” she added. “Social media platforms have a responsibility to make sure that they aren’t used to spread hate and lies, especially when it comes to gun violence, which claims 100 American lives each day. Facebook is currently not fulfilling that responsibility.” The crackdown on ads also comes amid a nationwide vaping crisis that continues to make national headlines. Many have blamed the skyrocketing rates of vaping among young people on the industry’s advertising practices, especially on social media. A 2019 analysis from Stanford University on the initial advertising practices of Juul Labs, the nation’s biggest e-cigarette maker, says the company “employed social media influencers as brand ambassadors” and had a “hashtag marketing strategy on Instagram.” Juul has since stopped advertising and maintains its products are intended for adult smokers, but California and New York have both sued the company, alleging the company’s marketing practices were geared toward youth. Copyright © 2019, ABC Audio. All rights reserved.

Three tips to save money on your energy bills this winter

Company creates 2 artificial intelligence interns: ‘They are hustling and grinding’