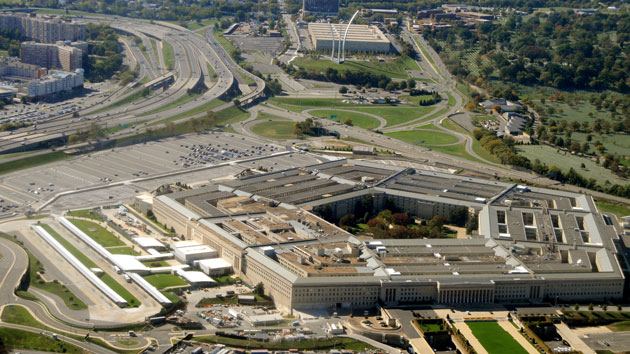 iStock(WASHINGTON) — A Pentagon screening of Saudi military students training at U.S. bases found “no information indicating an immediate threat” in the wake of the deadly shooting by a Saudi student at Pensacola Naval Air Station earlier this month that killed three Navy sailors and wounded eight others.However, a senior defense official, who requested anonymity given the sensitivity of the ongoing Pensacola investigation, cautioned that this was a Pentagon screening tool not an investigative tool, and so it’s not possible to draw wider conclusions about what Saudi students may have known about the Dec. 6 attack. The FBI’s Jacksonville office declined to comment on what their investigation has learned about the suspected shooter’s Saudi classmates but said the review is ongoing.In a call with reporters on Thursday, Director for Defense Intelligence Garry Reid said that automated data checks were reviewed by analysts to determine if any information could be an indicator of “elevated risk” not previously identified as part of the international military student screening and approval process. The review was initiated by Defense Secretary Mark Esper in the days following the Pensacola attack.”We did not uncover any information that merited a warning immediately out to our components with new information that could indicate an unknown threat of any variety,” a senior defense official said of the screenings of Saudi students, as the analysis is still ongoing,The review, which includes looking at publicly available information like social media, incorporated Saudi students who were in the pipeline to join future training programs in the U.S., the official said.The suspect in the Pensacola shooting, 21-year old Mohammed Alshamrani, a second lieutenant in the Saudi Air Force, wrote the phrase “the countdown has started” on Sept. 11, with no further explanation. His his social media accounts included references to non-Muslims as “infidels” and defended jihad, according to a Joint Intelligence Bulletin obtained by ABC News last week.Reid said that the Pentagon will extend this new screening for all current international military students training in the U.S. of whom there are more than 5,000.Meanwhile, a ban on operational training for 852 Saudi students on U.S. bases is still in place. The senior official said it would be unlikely that training would resume in the next week due to the holidays but classroom instruction is ongoing.In response to the Pensacola shooting, a new Pentagon “vetting and security review team” will determine where the department can improve its current process for international military students, including their arrival in the U.S., enrollment in programs, and gaining access to U.S. bases, Reid told reporters.The Pentagon is also reinforcing its insider threat programs, improving base security and strengthening its counterintelligence posture, he said.Killed in the Pensacola shooting were Airman Mohammed Sameh Haitham, 19, of St. Petersburg, Florida; Airman Apprentice Cameron Scott Walters, 21, of Richmond Hill, Georgia; and Ensign Joshua Kaleb Watson, 23, from Enterprise, Alabama.Copyright © 2019, ABC Audio. All rights reserved.