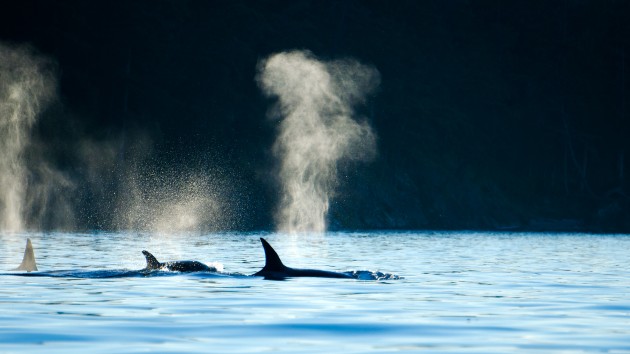 BirdImages/iStock(NEW YORK) — A pod of Orca whales has made an unprecedented trip from Iceland to Genoa, Italy, according to a nonprofit organization that tracks the pod. Included in the pod of four was a female whale carrying her dead calf, according to Orca Guardians Iceland.The organization was able to identify the whales using photos of their fins and eye patches sent to them by the University of Genoa and comparing them with photos in the organization’s own database.The migration is the first-ever record of killer whales migrating from Iceland to Italy and one of the largest migration routes ever recorded, according to the organization, which described it as “the most exciting news ever.” Orca Guardians Iceland began studying the pod in January 2014. The next year, the whales became “regulars” in the West Iceland area and the researchers confirmed six more sightings of them.When all four whales were spotted again in June 2016 and the following summer, a calf was among the group, according to the organization. The pod of Orcas was not spotted again until Italy, according to the organization.The grieving female whale swam for four or five days while holding the fin of the dead calf in her mouth, Biagio Violi, an expert from the Italian marine research group Menkab told The Times U.K. The whales arrived in Italy around Dec. 1 — the first killer whale sighting in the country since 1985, The Times reported. A fisherman reported them to the Italian coast guard.The pod headed west toward Savona, Italy, after leaving the area, Violi said. Orca Guardians Iceland contacted Italian researchers after recognizing photos Italian researchers posted online, according to The Times.Researchers are concerned about the health of the whales, which appear to have lost weight, the Iceland Review reported. Killer whales are known to travel in “stable” groups and follow the same migration pattern every year, according to Orca Guardians Iceland. This specific pod of whales was never seen in West Iceland outside of the summertime. Copyright © 2019, ABC Audio. All rights reserved.

Mystery remains over deaths of 21 teenagers at South African nightclub