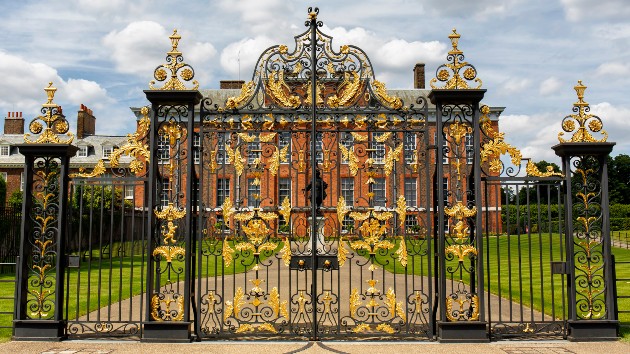 _ultraforma_/iStock(LONDON) — The youngest member of the Cambridge family, Prince Louis, is front and center in the family’s annual Christmas card this year. Louis, 1, is seated on a vintage motorcycle in front of his dad, Prince William. His mom, Duchess Kate, is standing beside them on one side, while Louis’ two siblings, Prince George and Princess Charlotte, pose on the motorcycle’s sidecar on the other side.The photo has not yet been formally released by Kensington Palace. It was leaked early when a recipient of the Christmas card shared the photo on Twitter.

The Cambridge Household family Christmas card this year features The Duke and Duchess of Cambridge with their three children, Prince Louis, Princess Charlotte and Prince George on a motorbike and sidecar ❄️? pic.twitter.com/pNg3zPJXqS

William and Kate, the Duke and Duchess of Cambridge, have in the past given a first glimpse of their family’s Christmas card through their Kensington Palace Instagram and Twitter accounts. Last year, their first Christmas as a family of five, William, Kate, George, Charlotte and Louis, posed on a tree outside their Anmer Hall home in Norfolk, England.In 2017, the Cambridges posed for a more formal family photo.

The Duke and Duchess of Cambridge are pleased to share a new photograph of their family. The image features on Their Royal Highnesses' Christmas card this year. The photograph was taken earlier this year by @ChrisJack_Getty at Kensington Palace. pic.twitter.com/p8jm6zDfl0

The previous year, in 2016, William and Kate chose a candid photo from their official tour of Canada for their Christmas greetings.The Cambridges shared their first Christmas photo as a family of four in 2015, when they posed outside of Kensington Palace.William and Kate and George, 6, Charlotte, 4, and Louis, 1, plan to celebrate this Christmas at Sandringham, Queen Elizabeth’s estate near their Anmer Hall home in Norfolk.Copyright © 2019, ABC Audio. All rights reserved.

How a false claim about Iran executions spread online