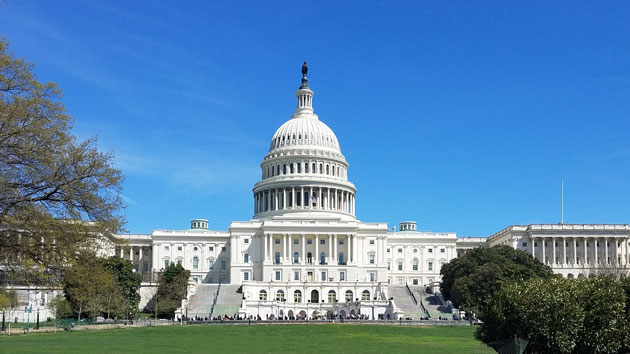 iStock(WASHINGTON) — Amid the impeachment battle on Capitol Hill and a potential Senate trial beginning in January, House Speaker Nancy Pelosi extended an invitation Friday to President Donald Trump to deliver the State of the Union address on Feb. 4.A short time later, the White House issued a short statement saying the president “has accepted the Speaker’s invitation.”Pelosi notes in her letter that the invitation was made “in the spirit of respecting the Constitution” that calls for a president “to give from time to time give to the Congress Information on the State of Union.” It’s just one of several pointed references she makes highlighting the nation’s founding principles. “In their great wisdom, our Founders crafted a Constitution based on a system of separation of powers: three co-equal branches acting as checks on each other,” Pelosi wrote in her letter.She added that the address is meant to “ensure that balance of powers.” He would deliver the high-profile speech in the same House chamber where Democrats voted to impeach him on Wednesday and what kind of reception he would get is uncertain. President Bill Clinton gave his 1999 State of the Union address while his impeachment trial was underway in the Senate.The tension between Pelosi and Trump has grown increasingly personal, with her referring to him as a “rogue president” and Trump calling her “Crazy Nancy” and earlier this week sending her an angry letter accusing her of orchestrating an “illegal, partisan, attempt coup.”

JUST IN: Speaker Nancy Pelosi invites Pres. Trump to deliver the State of the Union address to Congress on February 4.The invitation comes just days after the House of Representatives voted to impeach the president. https://t.co/5Hsh0ETkr9 pic.twitter.com/zhArEpM9MW

The 2019 State of the Union address placed Pelosi and Trump at odds after she asked the president to postpone the State of the Union address or deliver it in writing citing security concerns during the government shutdown. The day after, Trump withdrew permission for her and other other lawmakers to use a government aircraft as they were about to leave for an official visit to Afghanistan.Friday afternoon, as the stalemate over a Senate trial continued, White House counsel Pat Cipollone and Legislative Affairs Director Eric Ueland were being given a tour of the Senate chamber, where a trial would take place. Copyright © 2019, ABC Audio. All rights reserved.