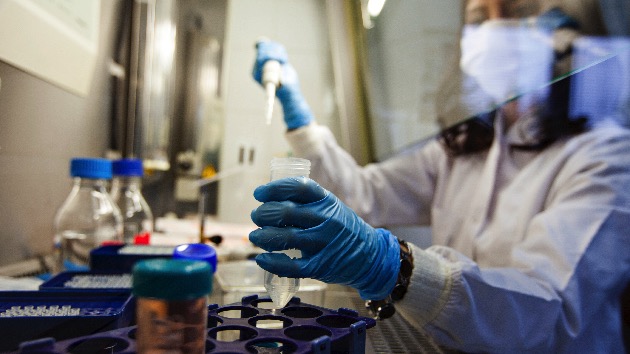 gevende/iStock(WASHINGTON) — The U.S. Food and Drug Administration has for the first time approved a vaccine for the prevention of the deadly Ebola virus disease.The agency announced the approval of Ervebo, a single-dose, injectable vaccine manufactured by American pharmaceutical company Merck. The announcement, made Thursday, comes a month after the European Union and the World Health Organization, the global health arm of the United Nations, both approved the Ebola vaccine.Ebola cases are very rare in the United States. Those that have occurred have been the result of people getting infected in other countries and then traveling to the United States, or health workers falling ill after treating Ebola patients.”While the risk of Ebola virus disease in the U.S. remains low, the U.S. government remains deeply committed to fighting devastating Ebola outbreaks in Africa, including the current outbreak in the Democratic Republic of the Congo,” Anna Abram, FDA deputy commissioner for policy, legislation, and international affairs, said in a statement Thursday.”Today’s approval is an important step in our continuing efforts to fight Ebola in close coordination with our partners across the U.S. Department of Health and Human Services, as well as our international partners, such as the World Health Organization,” she said. “These efforts, including today’s landmark approval, reflect the FDA’s unwavering dedication to leveraging our expertise to facilitate the development and availability of safe and effective medical products to address urgent public health needs and fight infectious diseases, as part of our vital public health mission.”Ebola virus disease is transmitted through contact with blood or secretions from an infected individual, and causes an often-fatal type of hemorrhagic fever that causes bleeding inside and outside the body.The virus has an incubation period that ranges from 2 to 21 days. It’s one of the most deadly viruses on the planet, with a fatality rate of 50 to 90 percent.

“Approval of this vaccine by the FDA represents another important milestone in the global response to Ebola virus disease and stands as a tremendous accomplishment by a unique global partnership,” Dr. Roger M. Perlmutter, president of Merck Research Laboratories, said in a statement Friday. “In acknowledging this event, I wish in particular to recognize the heroic efforts being made by frontline responders to the ongoing outbreak in the Democratic Republic of the Congo. We are proud and honored to play a role in supporting their vital activities, and we remain focused on the important work ahead.”

Ebola is endemic to the Democratic Republic of the Congo. The current outbreak is the 10th the African nation has seen since 1976, the year that scientists first identified the deadly virus in the small northern village of Yambuku, near the eponymous Ebola River. This is also the second-largest, second-deadliest Ebola outbreak on record anywhere.A total of 3,354 people have reported symptoms of hemorrhagic fever in the eastern Congolese provinces of North Kivu, Ituri and South Kivu since Aug. 1 of last year, and 3,236 of those individuals have tested positive for Ebola virus disease, according to Congolese health officials.There have been 2,220 deaths so far, including 2,102 people who died from confirmed cases of Ebola. The other deaths are considered probable cases. Another 1,089 people sickened with the virus have recovered, officials said.Congolese health officials and the WHO began using Ervebo last year as an experimental vaccine to help mitigate the epidemic. More than 258,000 people have been vaccinated in the outbreak zone so far. A second experimental vaccine, produced by Johnson & Johnson, was recently deployed in the 2-million-person city of Goma, according to Congolese health officials.”Ebola virus disease is a rare but severe and often deadly disease that knows no borders. Vaccination is essential to help prevent outbreaks and to stop the Ebola virus from spreading when outbreaks do occur,” Dr. Peter Marks, director of the FDA’s Center for Biologics Evaluation and Research, said in a statement Thursday.”The FDA is committed to continuing our work across the U.S. government and with our international partners to prevent future Ebola outbreaks and mitigate the current outbreak in the DRC, reflecting our nation’s commitment to preparing for and responding to biological threats, like Ebola,” he added. Copyright © 2019, ABC Audio. All rights reserved.