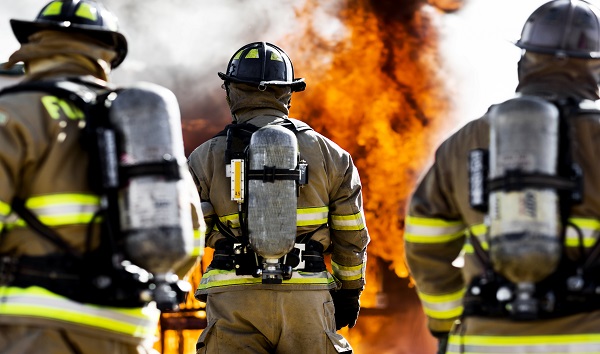 iStock(LAS VEGAS) — An early morning fire that left six people dead and 13 others injured is being considered “the worse fire fatality” in Las Vegas Fire Department history, officials said.The three-story building on Ogden Street and Stewart Avenue in the downtown area went up in smoke about 4:15 a.m., said Timothy Szymanski, the public information officer with the Las Vegas Fire & Rescue.When firefighters arrived at the Alpine Motel Apartments, several people were hanging from the second floor windows and “some have jumped,” including a pregnant woman, Szymanski said at a press conference on Saturday.The woman is in critical condition, Szymanski added.The fire seemed to spark inside an apartment on the first floor and was put out quickly, the official said.Residents from inside the engulfed unit told officials that their apartment did not have heat and they were using the stove for warmth.The Las Vegas Metropolitan Police Department’s homicide investigators were on the scene, but fire officials ruled the fire “accidental and not criminal.”This was the “worst fire fatality since the inception of the fire department,” said Szymanski.Ten people, including five who were critically injured, were taken to a nearby hospital, officials said. Three of the victims took themselves to the hospital, authorities added.”Most of the injuries are smoke inhalation and multiple fractures. One person had broken legs and back,” said Szymanski.Two cats and one dog also died. One dog was saved and was taken to a veterinarian to get treatment for smoke inhalation.The Nevada’s Red Cross are assisting 30 to 35 displaced occupants at the Performing Arts School on South 7th Street. Copyright © 2019, ABC Radio. All rights reserved.