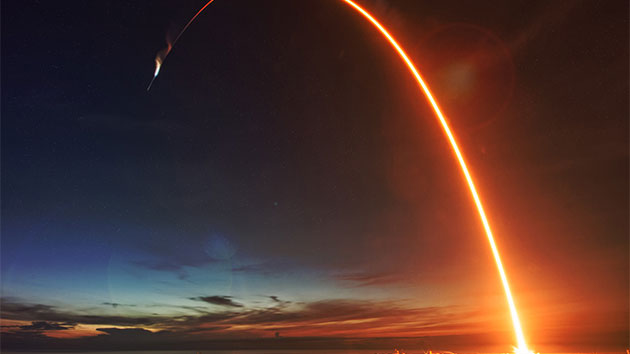 Elen11/iStock(NEW YORK) — The Boeing Starliner spacecraft successfully landed in New Mexico on Sunday morning after a failed mission to the International Space Station.The ship landed in White Sands at 7:58 a.m. ET.The unmanned spacecraft, which launched on Friday from Cape Canaveral Air Force Station in Florida, was slated to stay at the space station until Dec. 28, but was forced to abort the mission after an “automation” error resulted in the Starliner not reaching its correct orbit, according to NASA officials, who said the spacecraft believed the time was “different than it actually was.”Shortly after liftoff, Boeing put out a statement that the spaceship was dealing with an “off-nominal insertion” but maintained it was “in a safe and stable configuration.” It soon became clear that the Starliner was not going to make it to the International Space Station as planned.”This is in fact why we test,” NASA administrator Jim Bridenstine said at a news conference Friday.”The anomaly resulted in the vehicle believing the time was different than it actually was, and because that timing was a little bit off, what ended up happening is the spacecraft tried to maintain a very precise control that it normally wouldn’t have tried to maintain and it burned a lot of prop,” Bridenstine said.”And when that prop got burnt it looked like we weren’t able to go ahead and rendezvous with the International Space Station,” he added.By the time the engineers were “able to get the signals up to actually command it to do the orbital insertion burn, it was a bit too late,” Bridenstine said.While the Starliner isn’t carrying any humans this time, a test dummy clad in a red bandanna and dubbed Rosie the Rocketeer (a nod to the iconic World War II-era Rosie the Riveter) is on board, equipped with hundreds of sensors to measure what the flight will be like for future astronauts.Bridenstine maintained that the error likely would have been solved had a crew been onboard.”This anomaly had to do with automation, and [astronauts] Nicole and Mike are trained specifically to deal with the situation that happened today where the automation was not working according to plan,” he said. “Had they been in there we very well may be docking with the International Space Station tomorrow, had they been in the space craft.”Bridenstine said he did not know what the “root cause” of the error that caused the timing to be off.The Starliner’s failure to make it to the ISS is another setback Boeing. On Monday, the company announced it was suspending production of its 737 Max jets which have been grounded since March after two deadly crashes that killed a total of 346 people. The company admitted that its automatic flight control system played a role in the deadly 737 Max crashes. Copyright © 2019, ABC Radio. All rights reserved.