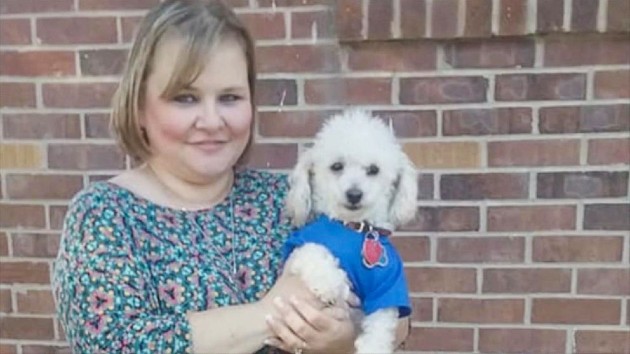 Courtesy Nancy Organ(FORT SMITH, Ark.) — A former Arkansas 911 dispatcher was cleared of wrongdoing following accusations that she mishandled a call with a drowning woman and told her to “shut up” just moments before she died. An internal investigation concluded that operator Donna Reneau violated policy by being rude during an August call with Debbie Stevens shortly before her death, but she did nothing that would have warranted her termination, according to the Fort Smith Police Department. “No evidence of criminal negligence or activities on former Operator Reneau’s part. In fact, the evidence shows that while Operator Reneau spoke rudely to Mrs. Stevens during the call, she actually bumped the call up in the order of importance shortly after receiving it,” the department said in a report released Friday.Stevens’ death made national news earlier this year when the department released audio of the 911 call. Stevens only had minutes to live, but Reneau appeared unconcerned and even scolded the 47-year-old woman for driving into such deep waters.Fort Smith police got a call from Stevens, 47, at around 4:38 a.m. on the morning of Aug. 24. She had been delivering newspapers for the Southwest Times Record when her sport utility vehicle was swept away in a flood and then trapped among trees as the waters continued to rise, police said. Stevens first called a family member, Fort Smith police said, and then she called 911. “I have an emergency — a severe emergency,” Stevens said during the call. “I can’t get out, and I’m scared to death, ma’am. Can you please help me?” “I’m going to die,” Stevens cried later.”You’re not going to die,” Reneau responded. “I don’t know why you’re freaking out … You freaking out is doing nothing but losing your oxygen in there. So, calm down.” Later on during the 911 call, the dispatcher assures Stevens that she is not going to die. “I don’t know why you are freaking out. It’s OK. I know the water level is high,” the operator said. “I’m scared!” Stevens said. “I understand that but you freaking out, doing nothing but losing oxygen up in there,” the operator said. “So calm down.” Stevens could be heard crying on the phone.”I’m scared. I’ve never had anything happen to me like this before,” she said. “Well, this will teach you next time, don’t drive in the water,” the operator said. “I couldn’t see it, ma’am. I’m sorry I wouldn’t have,” Steven said. “I don’t see how you didn’t see it. You had to go right over it so,” the operator said. At one point, Stevens got frantic and had this exchange with the dispatcher. “These people are all standing out here watching me,” Stevens said. “Miss Debbie, you’re gong to have to shut up. OK. I need you to listen,” said the dispatcher. The recording intensified outrage over the operator’s response even though authorities insisted that “sincere efforts were being made” to save the drowning woman’s life during the call. Reneau had submitted her resignation earlier in August and was on her last shift when Stevens’s call came in.