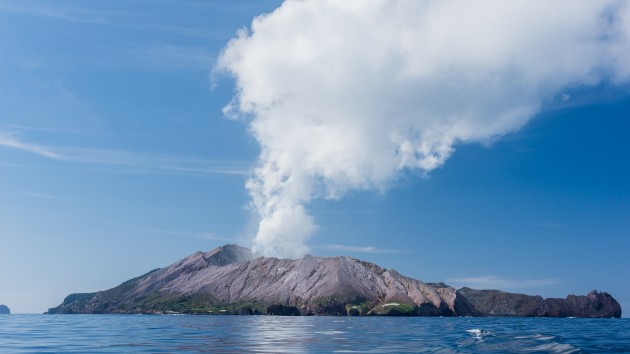 Echinophoria/iStock(WELLINGTON, New Zealand) — Another American has died following the eruption of a volcano in New Zealand earlier this month, according to hospital officials. The victim is the 19th overall from the blast, which took place on White Island, off the northeast coast of New Zealand, on Dec. 9. That total includes two people who are missing and presumed dead. The woman, Mayuri Singh, died Sunday night at Middlemore Hospital in Auckland from burns suffered in the eruption. Singh was from the Atlanta area, family members told ABC News. Her husband, Pratap Singh, remains in the hospital in stable condition.There were 47 people on White Island, also known as Whakaari, when the volcano erupted. The island is only accessible by boat or helicopter and walking tours of the island had become a popular tourist attraction in recent years. Eleven people died after being rescued from the island, including Singh, while another six bodies were recovered from the island days after the eruption.Hayden Bryan Marshall-Inman, 40, from New Zealand, and Winona Langford, 17, from Australia, remain missing, with authorities believing their bodies may have been washed out to sea. Many of the victims sustained severe burns covering over 90% of their bodies, according to Dr. Peter Watson, chief medical officer of the Counties Manukau District Health Board.Several Americans were among those killed, including two U.S.-born brothers, Matthew and Ben Hollander, who moved to Australia from the Chicago area six years ago. The children’s parents, Martin and Barbara Hollander, were also killed in the disaster. Barbara was born in Skokie, Illinois, while Martin was from Sydney. New Zealand Police have launched an investigation into the circumstances of the deaths and injuries on White Island. Copyright © 2019, ABC Audio. All rights reserved.

Clare Crawley breaks her silence on split from Dale Moss: “This was not what I expected or hoped for”
Priyanka Chopra Jonas says the racism she suffered in high school forced her to leave America
Inaugural poet Amanda Gorman gets surprise message from Lin-Manuel Miranda
New York man who traveled to DC with Proud Boys arrested
‘The Bachelor”s Sarah Trott explains her sudden exit from the show
Tom Holland admits he broke his laptop when he found out he was the new Spider-Man