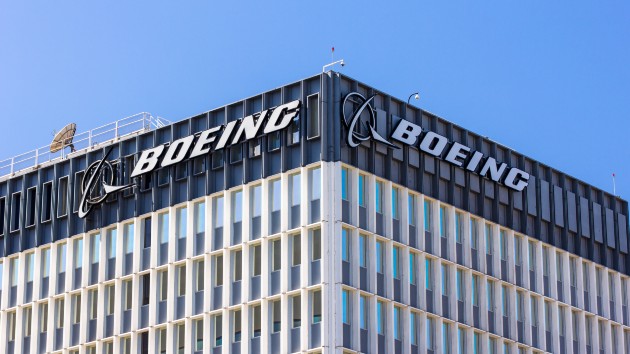 Wolterk/iStock(NEW YORK) — Boeing CEO Dennis Muilenburg has been fired, the company announced Monday morning.David Calhoun, currently the chairman of Boeing’s board of directors, was named new CEO.CFO Greg Smith will serve as interim CEO until Calhoun takes on the role on Jan. 13.With the “new leadership,” Boeing said in a statement, the company “will operate with a renewed commitment to full transparency, including effective and proactive communication with the FAA, other global regulators and its customers.””The Board determined that a change in leadership was necessary to restore confidence in the company moving forward and that we will proceed with a renewed commitment to full transparency, including effective and proactive communications with the FAA, other global regulators and our customers,” Smith said in a note to employees.”Over the next few weeks as we transition to new leadership, I am committed to ensuring above all that we meet the needs of our stakeholders – especially our regulators, customers and employees – with transparency and humility,” Smith added.Muilenburg’s ousting comes days after the Boeing Starliner’s failed mission to the International Space Station.The unmanned spacecraft was forced to abort the mission after an “automation” error resulted in the Starliner not reaching its correct orbit, according to NASA officials, who said the spacecraft believed the time was “different than it actually was.”The Starliner was just one of the recent setbacks for the company.Last week, Boeing announced it was suspending production of its 737 Max jets which have been grounded since March after two deadly crashes that killed a total of 346 people. The company admitted that its automatic flight control system played a role in the deadly 737 Max crashes.”I strongly believe in the future of Boeing and the 737 MAX. I am honored to lead this great company and the 150,000 dedicated employees who are working hard to create the future of aviation,” Calhoun said in a statement.