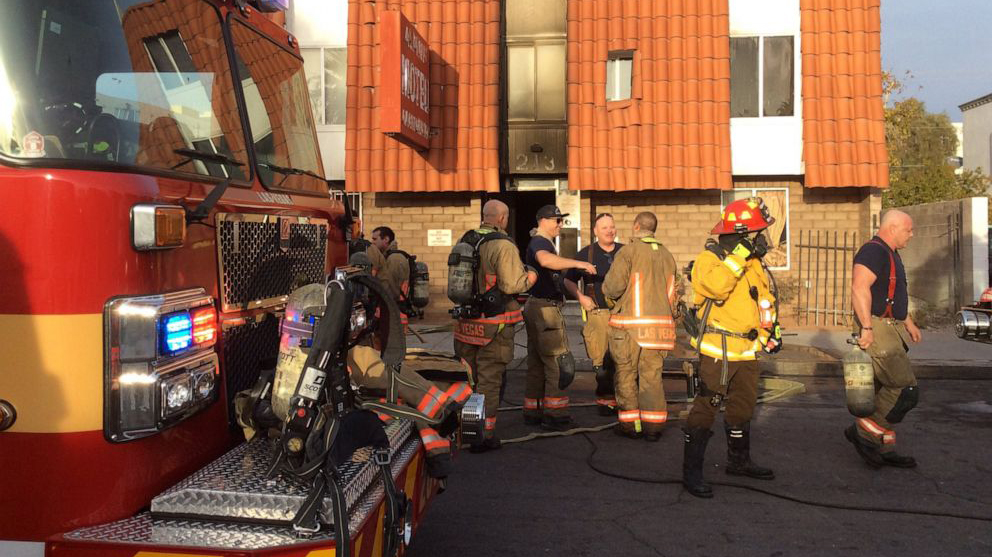 Las Vegas Fire Department(LAS VEGAS) — A criminal investigation is underway after six people were killed in an apartment fire in Las Vegas, a source briefed on the case told ABC News.Investigators with the police and fire departments are trying to determine whether the deadly blaze on Saturday morning was the result of criminal negligence, and, if so, who is at fault.According to the source, preliminary information suggests the back door on the first floor had been bolted or chained shut, blocking off a key escape route.Detectives have already served search warrants connected with the probe, the source said.Six people were killed and 13 were hurt when the Alpine Motel Apartments caught fire around 4 a.m., officials said.Responders raced to the scene to find people hanging out of windows — and some people jumping — as thick, black smoke poured out of the building, according to the Las Vegas Fire and Rescue Department.Three pets were also found dead, officials said.The blaze is believed to be Las Vegas’ worst fatal fire in history, officials said.The building was cited for more than 70 fire code violations during the last major inspection in 2017. The structure’s history of violations and whether they were corrected is a key focus of the investigation, according to the source.Fire investigators said Saturday they believed the blaze started around an apartment stove which was being used as a substitute for heat.Las Vegas police declined to comment Monday, except to say the investigation is ongoing.