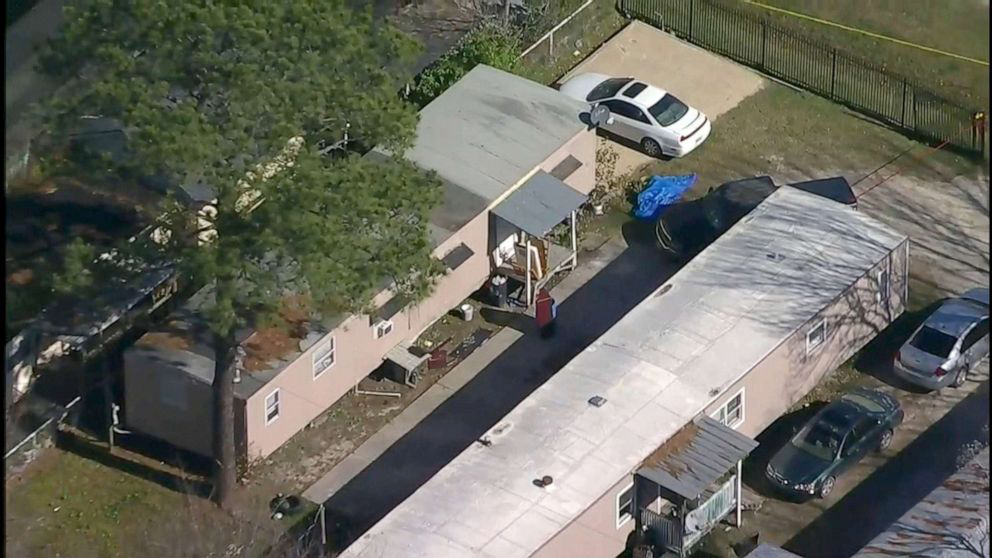 KTRK-TV(HOUSTON) — A Texas resident grabbed his shotgun and shot and killed three men when they allegedly broke into his home, authorities said.Early Monday morning, one of the two residents of a trailer home in Channelview — about 20 miles east of Houston — heard a “commotion” outside, according to Harris County Sheriff Ed Gonzalez. He then saw several men in dark clothing — possibly one armed — force their way inside, the sheriff said at a news conference.That resident ran to hide, while his roommate, armed with a shotgun, exchanged gunfire with the suspects, Gonzalez said.The armed resident shot and killed three suspected home invaders, Gonzalez said.It is possible other suspects were there and fled the scene, Gonzalez said.”It happened pretty quickly,” the sheriff added.During the exchange of gunfire, one of the residents was shot and was hospitalized in unknown condition.”We’re told it’s serious. But he’s going to be going into surgery so we’re not exactly sure of his condition,” the sheriff said.The second resident was not hurt, Gonzalez said.The case will most likely be referred to the grand jury, he said.”A person does have the right to defend themselves if that’s what the facts are,” the sheriff said. “We’ll have to confirm that. Everything is preliminary.”It’s not clear why the suspects targeted this home, the sheriff said.”If it turns out that that’s what they were doing — breaking into someone’s home — regardless of the circumstances, crime doesn’t pay,” Gonzalez said. “Eventually you’re going to end up dead or end up in jail, most likely.”