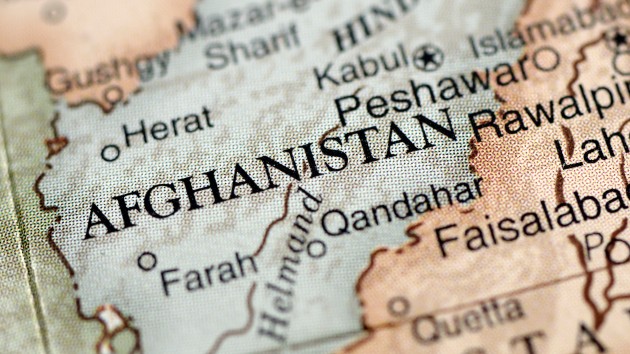 KeithBinns/iStock(WASHINGTON) — A U.S. service member in Afghanistan was killed in action on Monday, according to the Department of Defense. U.S. Forces Afghanistan offered no details on how the person was killed or where it took place.”In accordance with U.S. Department of Defense policy, the name of the service member killed in action is being withheld until 24 hours after notification of next of kin is complete,” U.S. Forces Afghanistan said in a statement. The death is the 20th U.S. combat death in Afghanistan in 2019, the deadliest year for U.S. troops in that country in the last five years.The last service member killed by enemy fire in Afghanistan was in September, when Sgt. 1st Class Jeremy W. Griffin was killed by small arms fire in Wardak Province. Chief Warrant Officer 2 David C. Knadle, 33, and Chief Warrant Officer 2 Kirk T. Fuchigami Jr., 25, were the 18th and 19th service members to die in Afghanistan when their helicopter crashed in eastern Afghanistan in November. The Pentagon said that the helicopter does not appear to have been shot down by enemy fire.President Donald Trump has long-advocated a reduction in troop numbers in Afghanistan. Negotiations between the U.S. and the Taliban on troop levels fell apart in the fall, however. In a visit to Kabul last week, Trump ally Sen. Lindsey Graham, R-S.C., said he could support a decision by Trump to reduce troop levels from about 12,000 to 8,600 — a figure that Trump expressed support for this past August. No decision on a troop reduction has been made. Copyright © 2019, ABC Audio. All rights reserved.