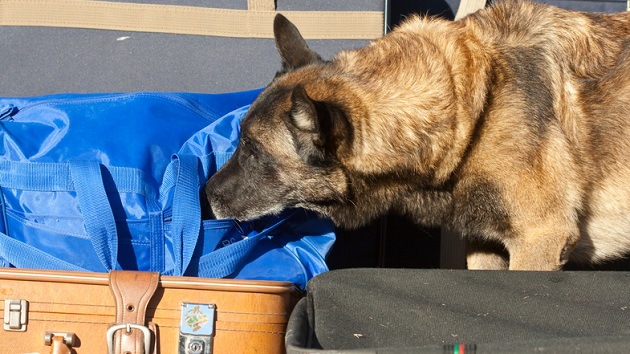 skilpad/iStock(WASHINGTON) — The State Department has stopped providing bomb-sniffing dogs to Jordan and Egypt after a new inspector general report found several more deaths in both countries’ care.The decision comes just three months after the department’s inspector general recommended that the program to Jordan be halted, but the department rejected that proposal, citing national security.That report, published in September, found that despite previous warnings, the State Department was still not doing enough to ensure the safety of dogs provided to partner countries for counter-terrorism, resulting in poor conditions, mistreatment and several deaths.After it was published, a whistleblower notified the IG of additional canine deaths — none of which were shared by the department’s bureau of Diplomatic Security with the IG’s office when it was investigating and drafting the original report. Two dogs died of non-natural causes in Jordan, and two more in Egypt, raising “serious questions about the Department’s contention that it has taken adequate steps to protect their health and safety,” according to a new IG report published on Friday.Mencey, a 3-year-old Belgian Malinois that was sent to Jordan in July 2017 became severely ill less than a year after his arrival and had to be euthanized in 2018.U.S. Department of StateDogs remain one of the most effective means of detecting explosives and therefore deterring terrorism, according to the department. But the report again argues that this is only the case when they are being properly cared for and are healthy.The Bureau of Alcohol, Tobacco, Firearms and Explosives, or ATF, was initially in charge of providing canines to countries — 10 in total: Bahrain, Egypt, Indonesia, Jordan, Lebanon, Mexico, Morocco, Nepal, Oman and Thailand. But the State Department developed its own program in 2016 where dogs and their new foreign trainers are trained in the U.S. and then sent back home.A senior State Department official told reporters on Monday that they take the new findings “seriously” and have agreed to “cease temporarily providing additional canines to Jordan and Egypt until those countries implement our requirements to ensure the canines’ health and welfare.””Any death of a canine in the field is an extremely sad event, and we will take every measure possible to prevent this from happening in the future,” the official added.In Jordan, one dog was killed by heat stroke in June, and a second was poisoned by a pesticide in September. A third dog is currently sick with Leishmaniasis, a deadly but preventable disease caused by parasites. All this happened while four department personnel were in-country to monitor their care, per the IG, which said made them “particularly concerned.”Both dogs died after the IG investigators finished their fieldwork, but the first dog died while Diplomatic Security was reviewing a draft of the IG report — and they did not report it to the IG, whose office only learned about the deaths after receiving an anonymous tip and doing a follow-up investigation.State Department officials have cited a lengthy verification process for failing to disclose the additional deaths to the IG investigators.”We were trying to get confirmation on some of these deaths, the cause of deaths, and the lessons to be learned from them,” a second senior official said.In Egypt, the U.S. government has provided 10 bomb-sniffing dogs, but one died of lung cancer and one from a ruptured gall bladder. Despite concerns about Egypt’s care — including Egypt’s refusal to allow U.S. officials to visit kennels — Diplomatic Security did not mention these deaths to the IG either.The senior officials said Monday that Egypt was now cooperating with the U.S. and allowing for check-ins.There have been problems with dogs in several countries. In Indonesia, all the dogs were overweight and had skin issues, the September report said, while in Mexico, there was no record of health and welfare checks by the ATF.But Jordan has had the most persistent problems. The department told the inspector general that it had put in place guarantees to ensure better care, including sending “mentors” to live in country full-time and oversee the program. But the latest report makes clear that the IG had serious doubts about whether any steps the department has taken have been effective.The report will remain open until the department’s “Bureaus provide documentation detailing the plans for health and welfare monitoring in Jordan and Egypt.”